Apathy reigns in the hearts of more than you might care to know:

When Ben Helton signed up for an online dating service, under “religion” he called himself “spiritually apathetic.”

Sunday mornings, when Bill Dohm turns his eyes toward heaven, he’s just checking the weather so he can fly his 1946 Aeronca Champ two-seater plane.

Helton, 28, and Dohm, 54, aren’t atheists, either. They simply shrug off God, religion, heaven or the ever-trendy search-for-meaning and/or purpose.

Their attitude could be summed up as “So what?”

“The real dirty little secret of religiosity in America is that there are so many people for whom spiritual interest, thinking about ultimate questions, is minimal,” says Mark Silk, professor of religion and public life at Trinity College, Hartford, Conn.

As Christmas Day glides by — all gilt, no substance — for many, clergy and religion experts are dismayed. They fear for souls’ salvation and for the common threads of faith snapping in society. Others see no such dire consequences to a more openly secular America as people not only fess up to being faithless but admit they’re skipping out on spiritual, the cool default word of the decade, as well.

Hemant Mehta, who blogs as The Friendly Atheist, calls them the “apatheists”

“We live in a society today where it is acceptable now to say that they have no spiritual curiosity. At almost any other time in history, that would have been unacceptable,” Budde says.

She finds this “very sad because the whole purpose of faith is to be a source of guidance, strength and perspective in difficult times. To be human is to have a sense of purpose, an awareness that our life is an utterly unique expression of creation and we want to live it with meaning, grace and beauty.”

They’re uninterested in trying to talk a diverse set of friends into a shared viewpoint in a culture that celebrates an idea that all truths are equally valid, he says. Personal experience, personal authority matter most. Hence Scripture and tradition are quaint, irrelevant, artifacts. Instead of followers of Jesus, they’re followers of 5,000 unseen “friends” on Facebook or Twitter.

Most So Whats are like Gerst, says David Kinnaman, author of You Lost Me on young adults drifting away from church.

“I think Jesus is getting lost in the data stream,” says Kinnaman, president of the Christian research firm The Barna Group.

” ‘Spiritual’ is the hipster way of saying they’re concerned with social injustice. But if you strip away the hipster factor,” says Kinnaman, “I’d estimate seven in 10 young adults would say they don’t see much influence of God or religion in their lives at all.”

I’m not sure what the root cause for this might be but I’m of the firm belief that society will suffer as a result. In fact, I think a strong argument could be made that we’re already experiencing the consequences.

Do you know an apatheist or two?

Great moments in Presidential history
"We want full implementation of the Sharia system..." 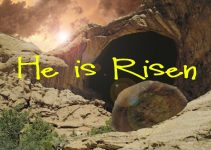