James Hansen’s cash flow must be running a bit low: A new investigation of the ancient climate record shows that time to stop climate change is running out — maybe sooner than scientists had thought.

That’s the message from an international team of scientists reporting today at the American Geophysical Union annual meeting in San Francisco (#AGU11 on Twitter).

James Hansen is director of NASA’s Goddard Institute for Space Studies in New York, and was one of the scientists on the study. He says that even the accepted benchmark of a 2-degree Celsius rise (3.6 F) in temperature that might result from doubling of current carbon dioxide levels would have a much greater impact than was previously thought.

“Once the ice sheets begin to disintegrate, then you’ve got an unstable shoreline, which is going to be continuing to change over time,” said Hansen in a presentation to fellow scientists. “It would be a mess for those people living at that time to deal with. And it looks like that time will be this century.”

The team’s new examination of the paleo-climate record now shows that  ”a global warming of a couple degrees Celsius would basically create a different planet,” Hansen warned. It’s different than the one that humanity, that civilization knows about. If we look at the paleo record, the target of two degrees Celsius is actually a prescription for long-term disaster.”

The two-degree mark gets a lot of focus in both scientific and policy circles, as it’s emerged as the one clear benchmark for controlling warming that industrialized nations have been able to rally around.

Hansen says another measure of climate change deserves a second look in light of this new investigation: The atmospheric carbon reduction target of 350 parts per million (ppm) may not be enough. “It really should be somewhat less than that,” he told the gathering. “It’s necessary if we want to maintain stable ice sheets and shorelines.”

Hansen’s warning is based on his team’s finding that long-ago changes of less than two degrees in the Earth’s temperature resulted in oceans rising by about 25 meters (about 82 feet). Current science on global ice sheets concludes that they’re shedding ice, and the rate of that is increasing.

“We’ve got to slow down this experiment that we’re doing with the planet,” says Hansen, “because otherwise we’re leaving for young people a situation that’s going to be out of their control.”

The only way to avoid this disaster is to send more money Hansen’s way.  And stroke a check to Al Gore while you’re at it.

Pay now or your children will die.  And their puppies. 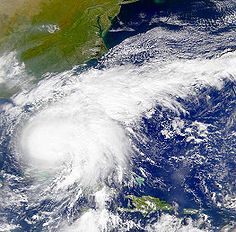