That and much more from the Santa Cruz Police Department blog about… you guessed it… the Occupidiots who’ve been wreaking local havoc: On late Saturday night, after over 72 hours of difficult negotiations, Occupy Santa Cruz ended their takeover of a vacant bank building at 75 River Street. Our goal was to have a peaceful resolution to this illegal and unproductive action and we were successful in that endeavor. Thankfully, the group was able to show the maturity that had been lacking in the first three days of the takeover.

It is our intent to work with the District Attorney’s Office to identify those that are responsible and hold them accountable for the trespass. In addition, we will be reviewing the costs associated with the takeover to see if there is any way we can recoup some of the public funds that were spent during the last few days. Clearly, as chief, I would prefer our resources be dedicated to more pressing issues than people that blatantly disregard reason, property rights and common sense. I can’t make it clearer that no one has a First Amendment right to break into someone’s property, commit acts of felony vandalism and ignore the law. Their actions were senseless and childish and diverted our limited resources. In addition, it placed our officers in needless danger; something that I find completely unbelievable.

We had worked hard to develop a Plan B to protect people and property and were fortunate that we were able to end this through the skilled work of our negotiators. It was difficult, especially given the lack of a central figure in the group to negotiate and their initial greeting of expletives and slurs about police; not exactly the best basis for friendly negotiation. Within hours, they stopped answering phone calls on the cell phone we provided and continually provided us with unreasonable desires and no time horizon for vacating a space they had no right to be in. The sense of entitlement and disregard for the law is appalling. To say the least, it detracts from whatever their initial message was to have such an escalation of action. Some were quoted in media outlets showing their willingness to be arrested and their lack of interest in negotiation. Others were shown harassing the media or police that were there to speak to them. No longer can we trust that their intentions are purely political protest or other reasonably protected First Amendment actions. We witnessed anarchists, like those involved in the May Day riots, openly participating in the initial takeover and saw some quoted that were willing to face any sort of police action in order to defend their “right” to illegal takeover of the building.

Hey… can someone point me in the direction of some of those good people who are involved in the Occupy protests?

I’d love for them to answer how it is that they would continue to associate themselves with the movement.  And then I’d like to ask them what specifically would the Tea Party movement not address as to their grievances.

With props to John at VerumSerum.

What's Sex Got To Do With It?
Trump Jumps The Shark 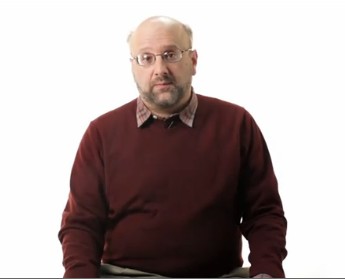