(This was originally published on my blog Thanksgiving 2008.)

In an article that first appeared in The Free Market in 1985, Richard J. Maybury explains:

The official story has the pilgrims boarding the Mayflower, coming to America and establishing the Plymouth colony in the winter of 1620-21. This first winter is hard, and half the colonists die. But the survivors are hard working and tenacious, and they learn new farming techniques from the Indians. The harvest of 1621 is bountiful. The Pilgrims hold a celebration, and give thanks to God. They are grateful for the wonderful new abundant land He has given them.

The official story then has the Pilgrims living more or less happily ever after, each year repeating the first Thanksgiving. Other early colonies also have hard times at first, but they soon prosper and adopt the annual tradition of giving thanks for this prosperous new land called America.

The problem with this official story is that the harvest of 1621 was not bountiful, nor were the colonists hardworking or tenacious. 1621 was a famine year and many of the colonists were lazy thieves.

Yikes. If the “official story” is that wrong, then what really happened? Fortunately for us, William Bradford, who was to become the second Governor of Plymouth Colony, kept a detailed journal of events from those early years. Regarding the year 1621, this is what he wrote:

They began now to gather in the small harvest they had, and to fit up their houses and dwellings against winter, being all well recovered in health and strength and had all things in good plenty. For as some were thus employed in affairs abroad, others were exercised in fishing, about cod and bass and other fish, of which they took good store, of which every family had their portion. All the summer there was no want; and now began to come in store of fowl, as winter approached, of which this place did abound when they came first (but afterward decreased by degrees). And besides waterfowl there was a great store of wild turkeys, of which they took many, besides venison, etc. Besides they had about a peck a meal a week to a person, or now since harvest, Indian corn to the proportion. Which made many afterwards write so largely of their plenty here to their friends in England, which were not feigned but true reports.

There was no bountiful “harvest,” but apparently enough wild game to keep the people fed (even though they seem to have over-hunted waterfowl to the point of noticeably depleting them). The “small harvest” was mostly Indian corn, a commodity provided to them by Squanto, an erstwhile captive native American who was able to speak broken English due to the time he had spent with other Englishmen (mostly fishermen) years earlier in Newfoundland. Bradford writes of Squanto:

… Squanto continued with them and was their interpreter and was a special instrument sent of God for their good beyond their expectation. He directed them how to set their corn, where to take fish, and to procure other commodities, and was also their pilot to bring them to unknown places for their profit, and never left them till he died.

The colonists did have much to be thankful for near the end of 1621, namely the fact that just over half of them were still alive. They had also signed a peace treaty with the Pokanoket people; thus their fear of extinction at the hands of Native Americans was greatly alleviated. They celebrated their first Thanksgiving that year with a harvest feast, but even though there was food to eat, the colonists grew weary, and disease and discontent blanketed the colony. William Bradford had been chosen as the colony’s second governor after the first, John Carver, collapsed and died due to heat exhaustion in April.

Now here is where the story gets interesting. The colonists soon realized that there would be little or no provision arriving by ship from England for them, so they began to rethink some of the communal structure of their colony. Originally, Plymouth Colony was structured as a literal “commonwealth,” a community of individuals entering into a mutual covenant, whose laws were designed to benefit the common good, rather than an elite ruling class. To this end, private property was limited to the personal possessions of each individual. The economy, including land, dwellings, agriculture, and commerce, was placed under the control of the colony; each settler was “to have their meat, drink, apparel, and all provisions out of the common stock,” wrote Bradford, which meant that “all profits and benefits that are got by trade, working, fishing, or any other means” were to be placed in that common stock, not kept by individuals.

This early experiment in communism was disastrous. Bradford continues:

For this community (so far as it was) was found to breed much confusion and discontent and retard much employment that would have been to their benefit and comfort. For the young men, that were most able and fit for labor and service, did repine that they should spend their time and strength to work for other men’s wives and children without any recompense. The strong, or man of parts, had no more in division of victuals and clothes than he that was weak and not able to do a quarter the other could; this was thought injustice. The aged and graver men to be ranked and equalized in labors and victuals, clothes etc., with the meaner and younger sort, thought it some indignity and disrespect unto them. And for men’s wives to be commanded to do service for other men, as dressing their meat, washing their clothes, etc., they deemed it a kind of slavery, neither could many husbands well brook it.

Few settlers made the required contributions to the common stock. Many feigned illness in order to escape mandated work quotas; others simply refused to work. Many colonists hoarded commodities, and some colonists stole from the common stock outright. (It should be noted that most — though not all — of the Plymouth settlers were devout Separatist/Congregationalist Christian men and women. Also, each male head of household signed the Mayflower Compact, which acknowledged the right of everyone who signed it to share in the making and administering of laws and the right of the majority to rule.)

After two years, faced with the situation at hand, Governor Bradford proposed a solution:

At length, after much debate of things, the Governor (with the advice of the chiefest amongst them) gave way that they should set corn every man for his own particular, and in that regard trust to themselves; in all other thing to go on in the general way as before. And so assigned to every family a parcel of land, according to the proportion of their number, for that end, only for present use (but made no division for inheritance) and ranged all boys and youth under some family. This had very good success, for it made all hands very industrious, so as much more corn was planted than otherwise would have been by any means the Governor or any other could use, and saved him a great deal of trouble, and gave far better content. The women now went willingly into the field, and took their little ones with them to set corn; which before would allege weakness and inability; whom to have compelled would have been thought great tyranny and oppression.

Fascinating, isn’t it? Nearly four hundred years later, the defenders of the poor among us still cry “oppression” and “exploitation” when an organization offers homeless people simple jobs (like delivering newspapers), or when it is suggested that the poor perform some kind of community service in exchange for government benefits. And Bradford straightforwardly admits that the colony’s government could never have coaxed the colonists into such hard work simply by appealing to “the common good.” Yet this drastic turnaround required the modification of no other laws, save for the apportionment of land and seed and tools to each family, and the guarantee that each family would be allowed to provide for their own security first, rather than to give the entire sum of their labors to a common stock.

William Bradford was a wise man, and noted in his journal that the assumption of equality, “if it did not cut off those relations that God hath set amongst men, yet it did at least much diminish and take off the mutual respects that should be preserved amongst them.” When all the settlers were “equal,” they soon became equally bitter and equally miserable. Bradford concluded:

Let none object this is men’s corruption, and nothing to the course itself. I answer, seeing all men have this corruption in them, God in His wisdom saw another course fitter for them.

It has been a habit of conservatives to re-write the story of the Plymouth Colony as a story illustrating the triumphs of free-marked capitalism. Of course the story is much more complicated than that. Abandoning the “common stock” economy proved to be an absolute gain for the colony, but at the same time, the colonists had established their community and had finally adjusted to life in Massachusetts. They signed peace treaties with the Native Americans (but did not always honor them), they learned how to plant, harvest, and cook corn; they became proficient hunters and fishermen, explored vast areas of land, and eventually began to trade with other Englishmen and natives. Proficiency in all of these areas led to the eventual success of the colony.

And rather than the bold experiment in absolute laissez-faire touted by free market proponents, the inspiration for the assignment of land to the Plymouth colonists seems to actually be the plan for inheritance of land given to the nation of Israel by God in Numbers 33: “You shall inherit the land by lot according to your clans. To a large tribe you shall give a large inheritance, and to a small tribe you shall give a small inheritance. Wherever the lot falls for anyone, that shall be his. According to the tribes of your fathers you shall inherit.” Land was not taken from the Plymouth community in a free-for-all competition where colonists outsmarted or outbid each other; rather, it was given to each family according to their needs, with the expectation that, after each family’s immediate needs were met, the bounty would still be available to the community, either through sales, trade, or charity.

If there is an honest lesson to be learned from the Pilgrims, it is probably the simple truth that each of us desires a measure of recognized individual success, and consequently, a community will not be secure until its individual members feel that they have been able to secure themselves through the fruits of their own labor. Then, and only then, will there be an abundance that can be sold, traded, or given to others. Until mankind’s basic nature changes, he can flourish only within systems based on that truth. Those of us who are fortunate enough to live in lands that are generally free from state-imposed tyranny certainly have much to be thankful for. 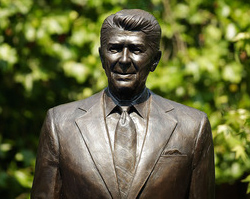