As much fun as it is to watch President Obama squirm as the Republicans squabble over who will challenge him next November, there’s one scenario that has to absolutely give him nightmares: a credible, solid, charismatic challenger from within his own party. Oh, it’s extremely unlikely, but it’s not impossible. And I think I’ve identified one potential candidate that could really, really pound Obama and peel away a lot of his core support.

The candidate I have in mind? This Senator from Illinois, goes by the name of B. H. Obama. And you couldn’t come up with a better counter to the sitting president if you tried. Just look at the key points:

Religion: President Obama’s religious affiliation is questionable to a lot of people. He professes to be a Christian, but does very little to demonstrate how significant that is to him. And a lot of people think he might be some kind of “crypto-Muslim.” I personally subscribe to the theory that he’s an atheist, who simply feigns faith for political expediency. But Senator Obama, he’s one Christian who’s proud of his faith. He’s a member of Chicago’s Trinity United Church of Christ, headed by the fiery, charismatic Reverend Jeremiah Wright. He’s been a member of the church pretty much since he moved to the city, got married in the church, had his daughters baptized there, and has very strong and very public ties with Wright — Wright appeared in campaign commercials for Senator Obama, and one of Senator Obama’s two books takes its title from a Wright sermon. There’s no doubting the Senator’s strong faith.

Guantanamo Bay: President Obama has kept the detention center open for almost three years so far, and showing no signs of shutting it down — despite the sheer revulsion it inspires in his base. Further, he’s taking it even further than President Bush did, with the first military tribunal scheduled to start soon. On the other hand, Senator Obama has consistently denounced it, saying it’s a gross injustice, a stain upon America’s honor, and demanding it be closed and the prisoners either freed or turned over for civilian trial.

Health Care Reform: Here the differences aren’t many, but there is one seriously profound one. They broadly agree on nationalizing the health care insurance system, but President Obama made a key point of his plan the individual mandate — the legal requirement that every single American citizen obtain health insurance under penalty of law. On the other hand, while Senator Obama has acknowledged that such a mandate would go long way towards helping the plan succeed, he notes that such a demand would be a gross overreach of federal power and an unconscionable intrusion on individual rights.

The Federal Debt Ceiling:  President Obama demanded — and got — a raise in the debt ceiling to about $16 trillion dollars. And under Obama, the debt has gone up about $5 trillion. On the other hand, Senator Obama stridently opposed raising the debt ceiling back in 2006. He called it — rightfully, in my opinion — a “failure of leadership” and an unconscionable burden on future generations.

The War Powers Act: President Obama doesn’t seem to even recognize that it exists. When he chose to engage in his “war of choice” in Libya, he got the approval of NATO and the United Nations, but didn’t bother to consult with or even notify Congress or the American people. And he completely blew off the reporting requirements of the law. This is exactly the sort of thing that Senator Obama has been a real hawk on — he’s repeatedly declared how Congress can not and must not shirk its duty in having its say in foreign policy and military adventurism.

The Rights Of Accused Terrorists: President Obama has taken actions that not only grossly violate the principles of the left, but actually trouble the right. He’s declared that he, as president, has the authority to order the summary deaths of American citizens who have never been convicted of a single crime, let alone even indicted. And he’s done so. On the other hand, Senator Obama believes that accused terrorists — even non-Americans — have the legal rights of any accused, including that of a civilian trial.

Corruption In The Federal Government: President Obama has turned a blind eye — even encouraged — some of the most corrupt practices and individuals as president. He’s allowed several dozen lobbyists to move seamlessly into powerful, high-ranking government positions. He even appointed admitted an admitted tax cheat — Timothy Geithner — as Treasury Secretary, where he oversees the IRS. He’s embraced several of the top figures from Fannie Mae and Freddie Mac, who were key in the housing crash. Senator Obama, however, has consistently denounced the corrosive power of lobbyists and the kind of rank corruption that guys like Geithner represent.

I could go on, but I’m starting to make myself sick.

I have to say, if it came down to voting to re-elect President Obama, and electing Senator Obama, I’d be tempted to vote for the Senator. Yeah, in a few places President Obama is actually following policies I can agree with, I think I’d be more comfortable with Senator Obama. At least with him, I get the feeling that I can trust him to adhere to his principles. And I’d rather have an honest opponent than an unprincipled ally.

My only concern is that once in office, Senator Obama could pretty much dump his stated and declared principles and turn into the kind of rogue president we have right now. We need Change in 2012, not four more years of The Same. 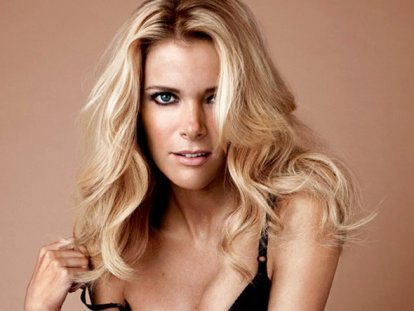