Home
Life Issues
The Burdens Of Sins Past

As Wizbang’s resident agnostic, I tend to leave the moralizing and preaching and the like to my more spiritually-inclined colleagues. But that doesn’t mean I don’t spend a lot of time thinking about them — especially when it ties in to current events.

I just saw football legend Franco Harris on TV, discussing Joe Paterno. He defended Paterno as a “very moral” man, who had lived up to his legal responsibilities, and his firing was unjust. Yes, he had not done all he could have done, but his lifetime of service and history of good deeds should be taken into balance.

I have no disagreement with Harris’ assessment of Paterno’s character. I have a great deal of apathy towards sports, and a touch of contempt for those who invest so much into it, but from what I’ve heard Paterno was not just a victory-obsessed coach; he was concerned with his players’ futures and character as well. He earned his legendary, iconic status.

But Harris, I think, overreaches when he speaks of forgiving Paterno for his moral failing. Especially when he ties it in to Paterno’s past good deeds.

There is a tendency in such cases as this to immediately bring up such things, to show that the accused here is, at heart, a good person, who has done many good things, and the failing is an aberration. It’s a valid point.

But it goes too far when the good deeds are directly cited in relation to the misdeed, because that leads to a very subtle — and very wrong — idea. And that is that there is some kind of exchange rate between good deeds and evil deeds.

The Catholic Church fell into this in the Middle Ages, with the whole “indulgences” thing. On the surface, it seemed like a good idea. The existing model was you sinned, you confessed, you paid your penance, and all was forgiven. Then some bright soul wondered why it had to be in that order — why not announce your sins, pay the penance, and then go out and commit the sins? Thankfully, it didn’t last.

I’ve exploited that idea myself on a few occasions. In one workplace, profanity was becoming a problem. The boss suggested a “swear box,” where offenders would be fined for foul language. I thought that was a wonderful idea, pulled out a five-dollar bill, and announced “I’ve got a few things I’d like to get off my chest.”

Another danger is that people might start thinking that they are entitled to some indulgences in other areas. For example, the politician who is offered a substantial campaign donation to vote for a bill they were going to vote for anyway — what’s the harm there? Or the frustrated cop who says “I’ve taken a lot of drug dealers off the street; what’s the difference this time if I only turn in four grand of the five thousand I found on this dirtbag? Who’s he going to complain to? Who’s going to believe him?” Or, at the other end, the retail clerk who has been denied a raise they thought they deserved decides to give themselves a raise in merchandise.

And it ends, in this case, with “how many good deeds do I have to do in order to get away with covering up the rape of children?”

Joe Paterno, when informed of the accusations against his protege’, did all he was legally obligated to. He informed his superiors of the charge.

He didn’t use his influence on campus to press for a thorough investigation. He didn’t follow up on his report. He didn’t contact police. He didn’t (to the best of my knowledge) confront the rapist. Apparently he took steps to make certain the rapist would not succeed him as head coach, but he did nothing to bring him to justice or protect future victims.

None of that was his legal responsibility. But, as a man who had a strict moral code and held those below him to a moral code, he absolutely had a moral obligation to take more action. And he did not.

Therefore, he had to be removed from his position of moral authority. He could not even be allowed to leave on his own terms — his announced retirement at the end of the season. Moral justice, too long delayed, could not be denied. Part of the message in his firing was that plan was too little, too late.

Paterno spent almost 50 years running Penn State’s football program, and is rightfully considered a legend for what he did. It is a tragedy of nigh-Shakespearean scale that it all comes to such an ignominious end, and it is a damned shame that all his great accomplishments are now forever tainted by how it ended.
But that rests entirely on his shoulders. It is a direct and predictable and logical conclusion from the decisions he made, the actions he did and did not take.

Spinning The Muck
"A remarkable, dare I call it angelic, moment" 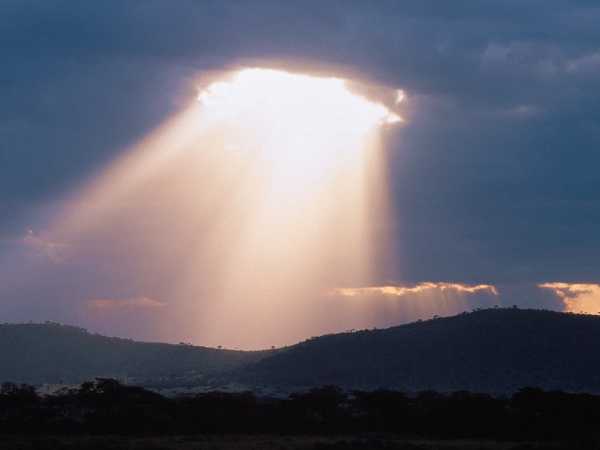