I didn’t catch much of the Cain/Gingrich debate on Saturday night (I wasn’t feeling well), but what I saw impressed the hell out of me. In fact, I’d say I got more out of that than I did out of all the “official” debates I’ve seen so far this cycle.

What folks laughingly call “debates” have degenerated into joint appearances by candidates, with each going in with three priorities: get their one-liners in, repeat and repeat and repeat their key talking points, and avoid having any of the gotcha questions blow up in their face.

On Saturday night, though, we saw two highly-intelligent men, unencumbered by “moderators” out to make headlines, have a very serious (but occasionally whimsical) discussion about actual policy. There was no attempt to cut each other’s throats while smiling, no gotcha questions, no hostility veiled with feigned collegiality, no sound bites — just honest discussion. For a good review, see Jeff Goldstein’s take.

And for that, I have to give the lion’s share of the credit to Herman Cain.

Yes, Gingrich was his typical brilliant self. This is the natural forum for him. But it never works as a solo act — he needs another candidate to play opposite. But who among the current crop of GOP candidates would have had the courage to sit down with Newt and do it? Romney? Perry? Please.

But now that the ice has been broken, though, I hope we can see more like it. Oh, not from Mitt Romney, but as Jeff noted, this could definitely raise the profile and standing of some of the lower-tier candidates. For example, I can see Rick Perry and Michele Bachmann doing wonders to dispel the leftist-crafted illusion that both are hyper-religious nutjobs, as they’d talk seriously about their faiths.

Further, while some have ripped Cain’s “9-9-9” plan as unworkable and nothing more than a gimmick. However, what no one can deny is that Cain, single-handedly, has made reforming the tax code a major issue in this election. In a few short months, he’s managed to do what Ron Paul has tried to do for decades — and failed miserably.

(Well, that ought to rile up the PaulBots pretty thoroughly…)

Finally, there’s one line of Cain-bashing that is getting on my nerves a little. And that’s the dismissers who say “he’s not a serious candidate, he’s not really running for president, he’s just out to sell books and make money.” That is actually kind of familiar to me.

You see, about four years ago, I was studying the presidential race just as thoroughly. Actually, even more — as there was no sitting president or vice-president running, for the first time since 1952, there was a real race on both sides. And during that race, I spent several months dismissing one candidate as “not serious.” He was a first-term Senator, a former state legislator, had never held a real job with any real responsibilities, and his major accomplishment thus far in life was writing two books about himself. I figured he was running to get his name out there, to boost book sales and his personal profile, and maybe set up a run for 2016 or 2020 — he was still young enough to make that feasible. Besides, at that point, his children would be well on their way to adulthood and it would be less disruptive.
And on top of everything else, he was black with a name that reminded most people of two of our worst enemies of the past decade. I spent a couple of months dismissing the notion that in 2012, we’d actually elect Barack Hussein Obama president. Especially when he was going up against the Clinton political machine.

What Cain is doing that confuses and pisses off the political establishment is refusing to play their game. The Powers That Be have written the script for the GOP primary — several candidates will rise and then fall in the polls, but after a truly worthy struggle, the Chosen One will rise above his rivals and be the designated standard-bearer to take on Barack Obama. The Chosen One would be the only serious candidate, running a serious campaign, and eventually would win (or lose) seriously.

Cain’s having none of that. He saw the script, saw his role in it, and said “to hell with that.” So he’s running his campaign how he feels like it. He’s tossing a big ol’ monkey wrench into The Plan, rewriting the script that has him gracefully falling to Mitt Romney, and doing things his way — to hell with the Powers That Be and their definition of serious.
And it’s working.

Regardless of how Cain’s campaign succeeds or fails (I’m currently hoping it succeeds), he’s certainly made a huge mark on this election cycle. And, I hope, some of that carries forward into future races. Because the model crafted and promulgated by The Powers That Be is, in the long term, harmful for our political system. We need candidates like Cain to come along every now and then and shake the hell out of things.

If Cain manages to win the nomination, that would be a wondrous thing. And if he were to then…

Nope. Not gonna go there. Not yet.

But I can dream…

Penn State Scandal - Defensive Coordinator and Little Boys
Isn't it past time for Obama to back off his support of the Occupy movement? (UPDATED) 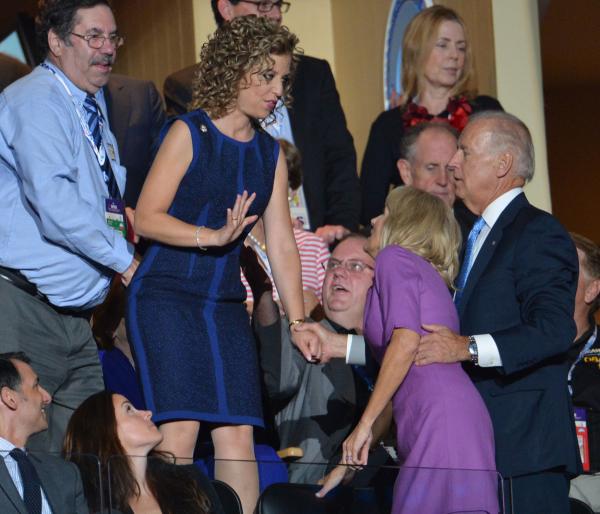