Home
Herman Cain
How does Herman Cain overcome this?

Unless there’s a record out there of Sharon Bialek being someone of dubious character or someone produces evidence that she was paid to do what she’s done today, Mr. Cain is in some deep poop: A former employee of the National Restaurant Association on Monday said Herman Cain groped her 14 years ago during an unwanted sexual advance, becoming the fourth woman to accuse the presidential candidate of sexual misconduct and the first to publicly identify herself.

Speaking at a press conference in New York City and flanked by celebrity attorney Gloria Allred, Sharon Bialek, a Chicago resident who worked for the NRA from 1996 to 1997, said Cain suddenly reached out and grabbed her after drinks and dinner in Washington D.C. in the summer of 1997. She had left her association job in Chicago, Bialek said, and had traveled to Washington to meet with Cain to ask him for help finding a new job. It was then, she alleged, Cain attempted to force her into a sexual favor in exchange for a job while the two were in a parked car.

More details at the link.

Cain has denied the fresh allegations but I’m really not sure it matters much at this point.

Barring either of those items taking place, Mr. Cain’s toast.

"You're fed up with him, but I have to deal with him every day!"
The B Team 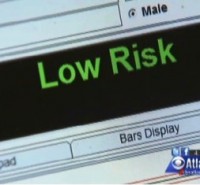