Via Don Surber, a local New York resident who speaks for many:

In Oakland, officials had the same sentiment and decided that enough was enough:

Under the cover of darkness early Tuesday, hundreds of police swept into Oakland’s Occupy Wall Street protest, firing tear gas and beanbag rounds before clearing out an encampment that demonstrators had hoped would stir a revolution.

In less than an hour, the 2-week-old, miniature makeshift city was in ruins.

Protesters had stayed awake through the night, waiting for the expected raid. Officers and sheriff’s deputies from across the San

Francisco Bay area surrounded the plaza in front of City Hall around 5 a.m. and closed in.

The Skunk Is Dead, But The Stench Lingers
Anthropogenic Global Warming Revisited 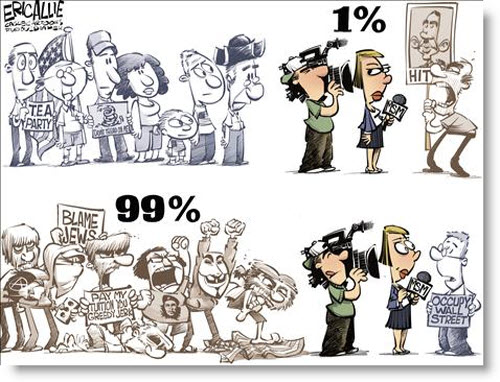