“We are the 99 percent. We are getting kicked out of our homes. We are forced to choose between groceries and rent. We are denied quality medical care. We are suffering from environmental pollution. We are working long hours for little pay and no rights, if we’re working at all. We are getting nothing while the other 1 percent is getting everything. We are the 99 percent.”

(Click on the site and read some of the hand-written story boards.  Keep a vomit bucket handy.)

Our center of financial and economic strength, built and fostered by people with a sense of industry, vision, and wisdom, has now been stained by the very people who should be bright, shining examples of the best America has to offer for the future.

Instead, what we have beamed across the world over the airwaves and internet, are pictures of spoiled, coddled punks, who have lived under the cozy roofs of their parents.  (Some of which were undoubtedly participants of the “hippie” generation.  Hell, at least they were protesting against something tangible:  A bloody war they did not believe in.  Or civil rights for blacks.  Or women’s rights.)

These brats, who have grown up not even knowing what it’s like to not have a remote control for a television, are “rising up,” rebelling against some nebulous, all-encompassing boogie-man/thing known as the “1%.”  Their battle cry of  “We are the 99%!” rings as hollow as “Hope and Change.”  I guess, at least in their compartmentalized equation, I would fit into their 99% category, since I am not “rich” or a corporation (as most of us probably aren’t.).  However, I don’t view myself as some mistreated, duped fool who has been nothing more than a cog in the corporate meat-grinder of the “1%.”  I finished high school, went to college, and busted my hump for the past 20 years at a physical, blue collar job (my choice).  I got raises and promotions.  I decided when I was young to not incur debt (You know, the kind of debt that these eeeeevil banks force you to use to buy what you really want when you know you can’t pay for any of it?).  Unfortunately, I received a career-ending injury 2 years ago.  Thankfully, due to prudent financial restraint and some modest investments I made in the eeeeevil financial market, I have been able to continue to live my life in a fairly comfortable manner (and all without any gubmint assistance.).  Does it suck that I have had to use some of my assets and incur some recent unexpected debt?  Yeah.  But, I was responsible enough to have positioned myself through my life to withstand such an event if it were to happen.  That’s not a master plan of corporate greed by some cackling member of the faceless “1%.”  That’s just life.  It’s reality.

These freaks, who walk around chanting their canned slogans and act as if they have been dealt a rotten hand, have decided to give up even before they try.  And they have convinced themselves that the rest of America is just like them, and that we should thank them for fighting on behalf of us all.

Well, guess what, you self-appointed martyrs:

You are a minuscule fraction of a small percentage of people born to a lost generation.  One that has not yet actually worked for what it wants.  You believe just because a middle class exists, you are entitled to it.

NEWSFLASH!:  You need to EARN it!

The irony is staggering.  They use their iPhones, produced by a corporation whose financial strength can have a profound effect on the overall health of Wall Street.  They call each other and play “Angry Birds” over wireless networks which are produced by, well, corporations.  They use “social media” like Facebook and Google, the latter whose stock is, as of this writing, valued at $537 per share.  Some of these noble warriors, who claim they do actually “work,” say that they go to work, and, in their spare time, spend that time “protesting” the very corporate structure which affords them the opportunity to earn money, to go and protest those corporations which rely on many other corporations to operate, which then…

You know what?  If you live in the United States, you live in a Democracy (I know it’s not a true “Democracy,” but, it sounds catchy.).  This political system is the only one whose structure is essentially separate from the economic system which operates under it.  Communism, Socialism, Fascism —  They all dictate that the existence of their economies is to, first and foremost, sustain the political apparatus.  As such, the political system controls the will, success, and industry of its people.  Our system of government, and the kind of economy which has flourished under it, has been cultivated and honed by generations of free, hard-working, mostly well-meaning people, who improved from both successes and failures.  It may not be perfect, but, it has evolved into an open and equal platform where any individual, even though they may disagree with the government/political structure, can forge their own fortune and personal fate, and be able to take it as far as they desire, even all the way to the much maligned “1%.”

What really chafes my ass is the fact these dopes compare this “uprising” to the recent “Arab Spring.”  You have to be spoiled (and supremely ignorant) to even think like that, let alone announce it as some badge of solidarity.  These little hellions, while playing their bongos, doodling on their techie gadgets, with bodies pierced, colored hair and wearing the latest fashionably ratty clothes purchased from some trendy corporation, actually have the gall to compare themselves with people who literally live their lives in true fear.  People who have had their very existence controlled by truly oppressive regimes which harass, physically harm, or incarcerate them just for thinking that they might be an enemy of the state.  Places where women can’t vote or drive, or wear anything other then a burka.  Or where homosexuals have no rights, and are routinely beaten or stoned to death.  Where intimidation, torture, abduction, and murder are common occurrences.

As bad as any of these faux-protesters believes they have it, I’d bet almost anyone who lives under that kind of real fear and oppression would switch places with these deadbeats in a second.

These new-age, hipster wannabees, who look as if they are participating in a dirty college frat festival, are essentially comparing themselves to people like Neda, the young Iranian woman who was shot during an election protest, and whose death was broadcast around the world.  They are comparing themselves and claiming solidarity with citizens of a brutal police state like Syria, where a rodent-faced tyrant like Bashar al-Assad uses the military to forcibly crack down on his own people, who bravely face death and retribution by gathering to gain their basic right to live as they wish, without fear.

Yesterday in Egypt, the government sent in armored vehicles to snuff out a crowd of protesters.

At least 25 people were killed, with 329 wounded.  Some soldiers in those vehicles decided to literally run over the crowd.

And here?  Occupy Wall Street and their left-wing media cheerleaders were simply outraged that a couple of goofballs got pepper-sprayed by an over-zealous cop for who knows what.

Get a little perspective.

The majority of these “protesters” are kids.  Maybe 19-24 years old.  These runts haven’t LIVED long enough to garner the type of life experiences in which they can claim “corporate greed,” the “1%,” or “corporate-owned politicians” have screwed them.  They are fresh-faced whiners, pining to belong to something bigger than themselves, because they are unhappy with themselves.  They have decided that, instead of working hard and becoming strong by experiencing life in the ‘school of hard knocks’, they’d rather just bypass the pesky necessity of growing-up, and demand instant gratification.

Mixed in with these wanna-bees are some older people.  Most look and sound like pathetic, aging, bored hippies, who smell a whiff of the good-old protests of yesteryear, figuring they can ride one more “high” before they go to that big ‘Woodstock’ in the sky.

And these fellow old-school dufuses, whose personal self-worth and excitement of life peaked during a time when protesting was the thing to do, are trying to recapture a little of their glory days.  Some out there are using this fiasco to bond with their grandkids, instilling in them what they deem to be their proud contribution to ‘changing the world.’

There is a way to change the system if you don’t like it.  As Tip O’Neill famously said:  “All politics is local.”  You don’t like the direction of the country, you first have to change what you can.  Start with your local politics, be it town, county or state.  Organize not some smelly, uppity sit-in with a litany of 30 different complaints, but actually facilitate change in the way it was built in to our system. That is how our political system is set up.  It was made so that, if needed, we have the right to “throw the bums out!”

But, that takes time.  It takes effort and it takes willpower.  It takes mental stamina and patience (and intelligence).  And this generation just doesn’t have those virtues.  They are conditioned to believe that whatever they want, they deserve it, just ‘because‘.  If they can’t have it now, they can’t accept the notion that they need to work for it.  Instead, they throw a temper tantrum.

And that’s all this Occupy Wall Street hub-bub is:  A collective temper-tantrum, thrown by a few rascally nibblets in this bowel movement of a generation, who’ve been spoiled by the hard won fruits of those who came before them.  They want “things,” and want them NOW.  And, as per their own demands, they want these things free of charge, free of work, and free of the responsibility of obtaining them for themselves.

They have no shame.

Why I Call Myself Conservative
A Message From Elizabeth Warren
Tags:Occupy Wall Street, We Are the 99% 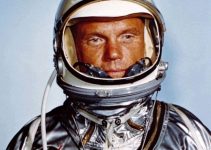