Home
corruption
When Democrats Are Correct

First up is a local story pertaining to the city of Tulsa.

Tulsa’s mayor is a Republican named Dewey Bartlett. His chief of staff is Mr. Terry Simonson, who is also a Republican. Simonson’s son Ryan wants to become a Tulsa firefighter. In order to become one, Ryan has to first get on a list to test for the Tulsa Firefighters Academy. However, Ryan was unable to get on the list using the normal process, which has been in use since 2002.

Hannon did as she was told, but not without complaining. In a letter to the Fire Chief, Hannon says, “I will make a spot for him at your direction – but want it on record that I don’t think it’s appropriate. Plenty of people tried to get in yesterday and didn’t and I don’t think it’s right to add him simply because he’s Terry’s son.”

Well, somehow the Tulsa World newspaper learned what happened and reported it. Now, Simonson is trying to cover his rear, with help from Mayor Bartlett.

Here is an excerpt from a recent story published by the Tulsa World:

Although the mayor placed Simonson and Fire Chief Allen LaCroix on paid administrative leave, he also has created two committees to review the matter – one to look at the special treatment, another to look into issues with the testing-cycle process.

“We got a problem with the process, but it’s not the one you described,” Councilor Jack Henderson said about the mayor’s attempt to find a flaw in the process.

Councilor Maria Barnes said she thinks the city’s process to test for fire academy candidates is solid. “We’ve had it since 2002 and have had no problems until now,” she said.

“My point is that I don’t want somebody coming in now and saying it is flawed or doesn’t work because it didn’t work for them. It does work,” Barnes said. Here is another excerpt from the same story:

On Tuesday, Dennis Moseby, the local fire union president, said there is no reason for the mayor to form two committees to investigate what appears to be a “simple infraction” by Simonson.

He said the mayor was not inclined to form a committee to study the firefighters’ emergency medical system proposal, “which took many months to develop and would save the city of Tulsa millions of dollars.”

“But when his chief of staff is in hot water, the mayor is going to great lengths to assemble committees, waste valuable time and leave the city of Tulsa without a fire chief,” he said. “The mayor seems to care more about his right-hand-man than the safety of the citizens of Tulsa.”

Terry Simonson claims that he did nothing wrong. In a letter to the Fire Chief dated September 10, 2011 Simonson says, “Ryan has never asked nor have I ever offered any help in his pursuit to be a Tulsa firefighter. To him, this is not only about a career he believes strongly in but being 30 years old, he believes he must do this on his own.”

However, in a letter to the Fire Chief dated June 21, 2011, Simonson says, “My son didn’t get through the heavy volume of calls. If you can find a seat for him I’d appreciate it.”

So, Terry Simonson (R) used his position as chief of staff for Tulsa Mayor Dewey Bartlett (R) to get Simonson’s son a place on a testing list for people wanting to become firefighters, thus giving Simonson’s son an advantage that other list applicants did not have.

What we have here is a clear case of a political appointee misusing his public office in order to benefit one of his relatives. The Tulsa County Democratic Party is demanding that Mayor Bartlett fire Terry Simonson.

Folks, in this story the Democrats are correct.

Oh, in case you are wondering, Simonson’s son has withdrawn from the firefighter application process.

By the way, here is how the aforementioned newspaper story ends:

This isn’t the first controversial incident for Simonson since Bartlett took office.

Last year, he and Bartlett were investigated by the council after being accused of lying to them about grant money to hire police officers.

While the council probe indicated that Simonson and Bartlett might have lied, the council dropped its pursuit to have the case prosecuted after the Oklahoma Attorney General’s Office said state law would not let it get involved in a municipal issue.

In this blog story the heroes are Democrats, and the zeroes are Republicans.

You see, this blog can be fair and balanced.

We will now pause while pro-Democrat readers of this blog pick their jaws off the floor. . . 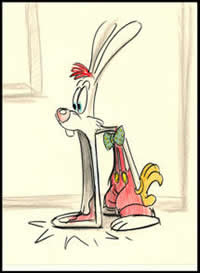