Home
Democracy
They know what’s best for us

And Democracy ain’t all that in their eyes.

First up, the Governor of North Carolina:

File this in the random-things-politicians-say file. Speaking to a Cary Rotary Club today, N.C. Gov. Bev Perdue suggested suspending Congressional elections for two years so that Congress can focus on economic recovery and not the next election.

“I think we ought to suspend, perhaps, elections for Congress for two years and just tell them we won’t hold it against them, whatever decisions they make, to just let them help this country recover. I really hope that someone can agree with me on that,” Perdue said. “You want people who don’t worry about the next election.”

Of course, the Governor’s office is now saying she was speaking in hyperbole to make a point.  Of course.

Can we say the same for former Obama budget director Peter Orzag?

In an 1814 letter to John Taylor, John Adams wrote that “there never was a democracy yet that did not commit suicide.” That may read today like an overstatement, but it is certainly true that our democracy finds itself facing a deep challenge: During my recent stint in the Obama administration as director of the Office of Management and Budget, it was clear to me that the country’s political polarization was growing worse—harming Washington’s ability to do the basic, necessary work of governing. If you need confirmation of this, look no further than the recent debt-limit debacle, which clearly showed that we are becoming two nations governed by a single Congress—and that paralyzing gridlock is the result.

So what to do? To solve the serious problems facing our country, we need to minimize the harm from legislative inertia by relying more on automatic policies and depoliticized commissions for certain policy decisions. In other words, radical as it sounds, we need to counter the gridlock of our political institutions by making them a bit less democratic.

Automatic policies… but how would they be enacted?  Depoliticized commissions… implemented by whom?

Oh… I know… by electing someone like Barack Hussein Obama and letting him rule roughshod over us.

Wouldn’t that solve all our problems? 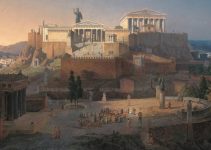