Home
Asshats
Breitbart, You Magnificent Bastard! You Read Their Book!

Well, Creepy Joe McGinniss’ stalker’s-eye-view of Sarah Palin is out, and — as expected — it’s filled with anonymous reports, scurrilous rumors, and unsourced allegations. And, as expected, it’s having no effect whatsoever — the only people giving it any real weight were already heavily anti-Palin, and her supporters recognize it as a smear piece — an expensive and shoddy one, no less.

And Creepy Joe and his publisher, Random House, did a good job of keeping the book just this side of running afoul of libel laws. I once had good reason to know a bit about libel laws (an editor of my college newspaper), and while I’m no lawyer, I do recall enough of the key words and concepts to recognize them when they’re brushed up against.

Should Palin want to seek recompense over the falsehoods in the book, she would have several very high hurdles before she could win a judgment — and even then, to see a single penny. In my slightly-more-than-a-layman’s view, here are the elements that stand in her way:

Reckless Disregard For The Truth: Simply being wrong isn’t enough to qualify for libel. You have to show that a reasonable person would have known it was wrong, and that the would-be libeler made no effort whatsoever to find out the truth — they had their story, and they stuck with it even though they should have known it was doubtful at best.

Actual Malice: It’s tremendously helpful if you can show that the alleged libeler really, really didn’t like the subject, and was interested in doing them harm.

As I said, Creepy Joe and Random House were very careful to avoid these elements in the book. However, once the book was released, a lot of people — including Andrew Breitbart — started picking it apart. And those pickings have provoked Creepy Joe and others on the defensive — where they have made some really interesting blunders. Blunders that chip, chip, chip away at those three elements surrounding the books.

For example, take the stories that Sarah and Todd Palin were close to divorce on at least one occasion. The source for that is one fellow by the name of Chuck Heath Jr., Sarah’s brother.

Now, I didn’t even know Palin had a brother. But he’s cited in the book. However, he’s issued a public statement (quite likely his first ever) saying that not only did he not say it, but Creepy Joe and Random House made absolutely no attempt to verify the statement with him.

Or, for example, one of Creepy Joe’s actual identified sources — the noted rabid anti-Palin blogger “Gryphen,” alias Jesse Griffin. Griffin is thoroughly on record as being maliciously anti-Palin, with serious axes to grind — when he went totally apeshit on Palin, he provoked enough people to take a good look at his anonymity — and bust it. And that ended up costing him his job as a pre-school teacher, as his “Gryphen” blog not only routinely made up crap about Palin, but quite often got rather sexually explicit.

Creepy Joe and Pervy Jesse exchanged e-mails, and in one of those (obtained by Breitbart) Creepy Joe told him that he loved the stories Jesse was telling, but just couldn’t use them without this little thing called “proof.” Creepy Joe even listed all the stories Pervy Jesse had told him, and spelled out how he couldn’t find any proof for any of them — at least, enough proof to satisfy Random House’s lawyers. But most of them ended up in Creepy Joe’s book anyway.

Pervy Jesse was not happy to see that e-mail published, and he wrote a fierce letter to Breitbart demanding to know how he obtained that private e-mail, which was supposed to be strictly between him and Creepy Joe.

So, let’s see just what Breitbart has achieved with his digging:

1) He discovered an aggrieved party (Chuck Heath, Jr.) who can credibly claim to be enough of a private citizen to have an easier time in court.

2) He discovered that one of Creepy Joe’s major sources was someone with well-documented hatreds and grievances against Palin, and a history of dishonesty.

3) He got said source — Pervy Jesse — to acknowledge that the e-mail Breitbart published was legitimate.

To this layman, it looks like Breitbart has done all the legwork needed for a libel lawsuit against McGinniss and Random House. He has a victim, he has damages (Chuck Heath has had to give up his privacy, and could probably talk about how this caused strain within his family, as he had to assure them all that he hadn’t actually said what the book says he said about Sarah and Todd’s marriage), he has actual malice, and he has reckless disregard for the truth.

And the beauty of it? It was all unforced errors. Nobody made Creepy Joe hang so much of his book on Palin-haters with a history of just making shit up. No one kept Creepy Joe or Random House from trying to contact Chuck Heath. And no one forced Pervy Jesse to write his outraged letter to Breitbart that confirmed that the e-mail was legitimate.

Let this be a lesson to all: don’t cross with Andrew Breitbart. He won’t destroy you. No, he’ll just enable you to utterly destroy yourself. And you won’t be able to stop yourself.

Eggshells
Netanyahu to UN: "... the institution. It's the theater of the absurd" 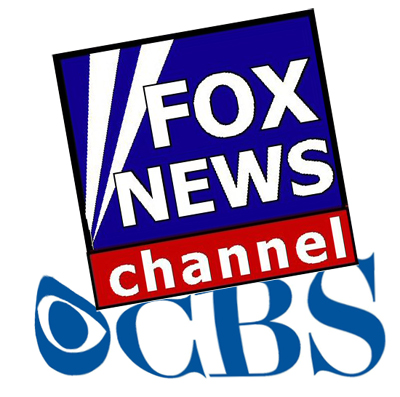