The fallout into the investigation into the BATF’s “Operation Fast And Furious” — the move to help Mexican drug cartels get guns for some vague, undefined purpose — is producing more and more fruit. We have officially linked OF&F guns to four murders, including the killing of a US Border Patrol Officer. And that has to be only the tip of the iceberg — the proof is that the guns were recovered at the murder scenes, and it’s a very rare occurrence for guns to be left behind at murder scenes. As Michelle Malkin notes, “at least” is the key phrase.

So, why isn’t this story getting more coverage? It’s sexy as hell — guns, drugs, corruption, murders, international intrigue. It ought to be the lead story everywhere.

I think Ace is on to something — part of the reason is that the whole thing simply makes no sense whatsoever. There’s no explanation for what happened that hangs together even remotely coherently.

The official story is that this was a “sting operation” — we allowed the Mexican drug cartels to use straw buyers to buy the guns, then quietly assisted them in smuggling the guns across the border to the cartels, so we could then later nail the higher-ups in the cartels for possession of the illegally-obtained guns. But that theory falls apart because there was absolutely no mechanism or process set up to track the guns once they got across the border. They didn’t even notify the Mexican government about the operation, so they could track the guns on their side of the border. So the “sting operation” doesn’t hold up.

The most whacked-out conspiracy theory (well, that’s remotely plausible) is that this was a stealth move towards increased gun control in the US. The Obama administration promised gun control advocates that it would quietly help their cause, and foolishly and grossly overstated the number of guns seized from the cartels that had US origins. Under this theory, the guns supplied to the cartels were to both make those claims seem more valid and to increase the pressure for tougher gun controls here in the US. But as Ace noted, quite a agents within the BATF were vehemently opposed to this whole program from the outset — and its success for these purposes was contingent on keeping every single one of these agents under tight control and silent, even under oath if necessary. And that is simply unimaginable.

And the liberal apologists are now trying to sell the theory that this was “a rogue operation by a few BATF agents.” That one’s a complete non-starter; we already know that other agencies, including the FBI, were involved in at least the coverup phase of the operation.

I think that’s what is keeping this story from taking off — no one can understand it. It’s insane troll logic. It just makes no sense, under any theory. It looks like an utterly pointless and senseless program.

But a program that has already racked up an impressive body count, including an American Border Patrol officer. 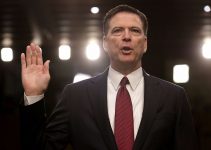