Johnny was the looney air traffic controller in the movie “Airplane!” Apparently the Aviation Institute of Maintenance in Philadelphia has its own Johnny. Johnny of the movie "Airplane!"

Claudia Rendon was fired from her job at the school after she took a leave of absence in order to donate one of her kidneys to her ailing son. Philadelphia TV station Fox 29 sent a reporter to the school to get the school’s side of the story. When the reporter tried to interview Kyle Berry (a.k.a. Johnny), the supervisor who fired Rendon, he refused to talk to the reporter and told the reporter to leave.* ABC News picked up this story and tried to get a comment from the school. However, school officials refused to talk.**

Rendon’s story was reported by the Washington Post, the New York Daily News and the Huffington Post. Fox 29 was able to talk to the school’s president, who had been unaware of Rendon’s situation. Apparently the school’s president did not like the result of all the media attention, because now the school is paying Claudia Rendon her full salary, even though she has not yet been given another job at the school.

When a reporter from Fox 29 returned to the school, “Johnny” was willing to talk. When asked why the school had returned Rendon to the school’s payroll, “Johnny” replied, “We had time to reconsider. It was simply a mistake.”

Oh, it was a mistake alright. “Johnny” didn’t see the light. He felt the heat. The act of him pulling the plug on Rendon’s job resulted in a major embarrassment for the school, making the school look like Ebenezer Scrooge before he was visited by the ghosts of Christmas.

One might wonder just what “Johnny” was told by his superiors. Perhaps he was told that he, too, could be replaced . . . by someone named “Otto”. 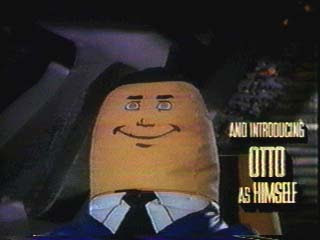 So... you think Jon Stewart is a butt-munch?
Obama jobs plan to be trumpeted at company that outsources half its workforce