Trigonometry. That’s what I was doing at 9:30 in the morning on September 11, 2001. Third period had just started and Ms. Haskins was the teacher. In the halls we heard rumors and various reports of something happening in New York. But that’s all it was. Nothing was confirmed and it was almost like the administration was purposefully not releasing information. The classroom was calm, and we were reviewing homework from the previous night.

Then the phone rings. The phone rarely rings in class, and if it does it’s usually a message for the teacher that a student is needed elsewhere in the school. Everything stops and all eyes are on the elderly Ms. Haskins as she picks up the ringing phone. Within seconds, she makes eye contact with me. She then immediately cuffs her right hand over the mic of the phone and says, “Ryan, it’s for you”.

At this point, a feeling of excitement is rushing through me. This never happens. I was a Junior already, and to date had never witnessed a personal phone call for any student in the middle of class. The room of thirty students got silent. All eyes were on me as I got up out of my desk, 2nd row from the chalkboard. I was smiling. I felt popular. It was almost like, for a second, a red carpet was rolled out from my desk to the phone. After my pompous walk to the left side of the classroom, I put the receiver to my ear: “Hello?”

All feelings of excitement and exhilaration fled when I heard the voice on the other line. Not because of the voice’s identity, but because of its demeanor. The phone transmitted my caller’s emotion to the receiver, and injected it directly through my right ear, shooting through to my brain and infecting the rest of my body, all within seconds. Fear took over. I had never heard my mom so genuinely scared, and when I heard her voice I didn’t even have to listen to her words. I knew something was wrong.

“Ryan, I’m coming to pick you up immediately,” she said. “America is under attack, two planes have hit the World Trade Center, and another just hit the Pentagon.” My heart froze when I heard the word ‘Pentagon’. Air escaped my lungs and I barely had enough breath to ask the next question, which I wasn’t sure I wanted to know the answer to: “Have you talked to Dad? Is he okay?”

Do read the whole thing.  I think it well worth your time.

I was of course ok.  Thank God.  But about the time that Mrs. BH was talking, I was rather purposefuly trying to gather my team together, not 3 blocks from the Pentagon which at this time was spewing black smoke in our direction.  A portion of my story I’ll excerpt now:

I sat down to my lap-top computer and tried to return to that which I had started earlier but I couldn’t keep my eyes off of the terror unfolding on television. Minutes later, the room I was in shook noticeably and the shaking was followed quickly by what seemed like muffled thunder. At first, I thought that my mind was playing tricks on me. I was on the 9th floor of a high-rise hotel and quickly went to my window where I saw a number of construction workers working on the roof of a nearby high-rise apartment building. They were pointing excitedly and some were running to the far side of the building. With my father’s words of warning still echoing in my ears, I went straight to the phone and tried to call a co-worker who was on the 16th floor of the same hotel. No one answered. I tried again and after a few rings, the hotel operator picked up. I asked her if she had felt the shaking and if she had heard what sounded like thunder. In a shaken voice, she said only “something has happened sir, something has happened.” I hung up and quickly headed downstairs.

Thinking that the elevator was not a good idea, I raced down the 9 flights of stairs. In the lobby, many people were gathering, some in tears, others obviously distraught. I asked one man what had happened; he said quickly, a plane has crashed into the Pentagon. I refused to believe him. I ran out of the lobby and already hundreds of people were in the streets, all looking to my left, toward the Pentagon. As I followed their gaze, I saw a fat, wide column of thick black smoke, some of which was blowing directly overhead. And I was stunned at how nearby it was.

Knowing this too would soon be on the news, I tried phoning my family, first dialing my wife but my cell phonewouldn’t connect. I tried again, frantically, knowing that my family would also be near panic, but got an “all circuits are busy” message. I decided I would try to usethe hotel room phone and headed back in, this time throwing caution to the wind and using the elevator realizing it would be quicker. I reached her and she had indeed heard the news. She was distraught but relieved to hear my voice. I told her I was readying to leave and come home and that she needed to contact my mom and dad, which she promptly did.

I then called my co-worker and told him that I had made the command decision to check out and leave. He was in my room within minutes and together we went downstairs and checked out. As we were outside waiting on the parking attendant to bring our car out of the garage, we heard what we believe now were secondary explosions but at the time we wondered if yet another plane had crashed. We were frightened and anxious. Our route home would take us that much closer to the Pentagon. By this time, rumors were flying; most of which we later learned were not true but at the moment seemed more than credible. The radio was reporting that the White House was on fire, that the State Department had been car-bombed; that a nearby office building was in flames and to our horror, that yet another plane was inbound to the Pentagon. Stuck in traffic near the hotel, we considered abandoning our car and moving into a nearby residential area but then saw an Air Force F-16 fighter circling low over the Pentagon. Feeling a bit more secure, we decided to stay with the vehicle. Taking roughly three hours to travel not much more than a mile, we finally made it to 395 South where we were soon on our way out of the city and by the grace of God, out of harm’s way. Some 7 hours or so after the crash at the Pentagon, we were in the arms of our loved ones.

That entire piece, written shortly after that horrific day, was published in the local station paper just a few weeks later.   It’s a day I’ll never forget, a day I hope no one ever will forget.

To further commemorate the day, I post the following video, one my youngest son found and brought to our attention two years ago:

UPDATE: I’m going to start linking to others who are putting up their own linkfests beginning with Kim Priestap. 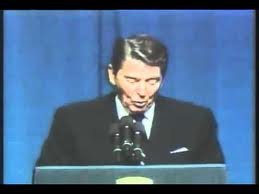