Just a quick recap on the corrupt Obama administration: by my reckoning, there are four utterly independent scandals that threaten to cause some serious problems. Three of them I summed up recently; the fourth, the illegal UnWar in Libya, kind of escaped my attention at the time.

Anyway, in the National Labor Relations Board mess with Boeing, Congressman Darrell Issa has issued subpoenas to the NLRB asking, in essence, WTF were they thinking when they said that Boeing couldn’t use the brand-new $2 billion plant they built in South Carolina because that would be somehow punitive to the union workers back in Washington — none of which were going to lose their jobs anyway. But since Boeing could have chosen to expand in Washington but instead chose union-free South Carolina, that counted as “punishing” the unions.

Well, the Obama administration has hit back. First, they chose to ignore the subpoenas, running the risk of being cited for Contempt of Congress. Next, they had their thugs for hire at ThinkProgress and the New York Times run a smear article on Issa — that got so many details wrong, it would be laughable if it wasn’t so serious.

White House Spokesman Robert Briggs was unavailable for comment; according to ThinkProgress “journalist” Lee Fang, Briggs was busy sodomizing Obama’s dog and snorting crystals of marine antifreeze. At least, that’s what I think Fang would probably say, considering his record of utter incompetence. His “exposes” of the Koch Brothers and the Chamber of Commerce were so filled with falsehoods that it strains the notion that he’s just that incompetent.

Next up, the investigation into Operation Fast And Furious just got more interesting. If you recall, that is the scheme the ATF cooked up to allow “straw buyers” buy guns from dealers so they could track the guns back to the Mexican drug cartels, and then bring down the leadership. This brilliant idea fell apart when the ATF chose to not actually trace the guns — at least one of which was involved in a shooting that left a US border patrol agent shot dead. So far, there are indicators that this wasn’t just a rogue operation, but involved the FBI and the State Department.

Well, the officials at the ATF who have been directly tied to the mess have drawn the attention of their superiors. And instead of being suspended (with or without pay) while the investigation goes on, or ordering them to cooperate fully, they’ve been promoted or transferred into positions and locations where they can be closely monitored by those said superiors — who just might be implicated should those agents choose to come clean.

My own suspicion — utterly unsupported by any facts at this moment — is that this all came down something like this: President Obama announced that the majority of the Mexican drug cartel guns came from the US. Bloggers and others looked at that claim and discovered that — as is so often the case — Obama was talking out of his ass. But they couldn’t have that, so Eric Holder told his people to “do something” to support what Obama said, because he was using it as his latest rationalization for gun control. They figured that if they got a bunch of US-origin guns confiscated from the Mexican drug cartels, they’d look good for the bosses. But the operation they threw together quickly was so sloppy, all they ended up doing was pushing a bunch of otherwise law-abiding gun dealers to knowingly sell guns to straw buyers, who then helped smuggle them across the border (with the ATF running interference at the border). And no one once thought to notify the Mexican government about how we were arming their enemies.

No real malice, just political opportunism and gross incompetence. Still, enough laws were broken and a lot of people died (mostly Mexicans, but one American border patrol officer), so some people need to spend some serious time in prison.

stobluaP noR: A Short Course
A peaceful and non-violent day of rage? 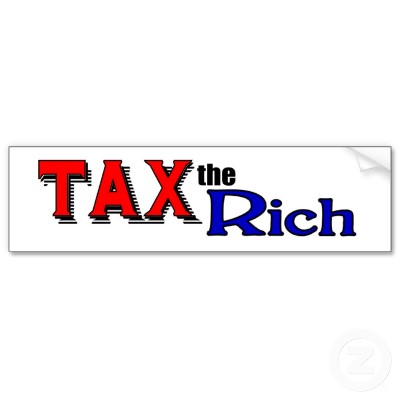