Home
ACORN
A peaceful and non-violent day of rage?

Over at Interesting Times, Mike Easmeil is provocatively asking a question:

In the last year we’ve seen a number of Arab governments taken to their knees by popular uprisings demanding change. Painfully high unemployment, rising costs for goods and housing and abuses of government power and corruption just got to be too much for these populations, so they let their collective voice be heard. Now in each of these countries there is much hard work yet to be done to right the ship, but no one can deny the courage, unity and determination of the people. As an American, I’m envious of their united effort, as an Arab, I am quite proud.

And so, I wondered, could Americans find the common beliefs among them and coordinate government protests on such a massive scale that literally could change our country’s history forever? Could we have our own Facebook or Twitter revolution? Hmmm…

The yearning for freedom, for liberty, is a strong one.

Mike is correct in stating that there is much hard work to be done in Arab regions and I voice the hope expressed by many others that the power vacuum isn’t filled by those intent on replacing one form of tyranny with another in the Middle East.  Time will tell butI must say that thus far the historical fact that liberty and freedom haven’t exactly been underpinnings for modern (and even ancient) Arabic societies is the elephant in the living room that casts a large shadow, one I’ll strongly suggest has everything to do with Islam but I digress.

We are already seeing Facebook and Twitter being used not for collective good but for the expressed purpose of committing crime and spreading mayhem and thus far thankfully it’s been largley small pockets of what appear to be juvenile delinquents, thugs and punks who are responsible.

But Mike goes on to say something intriguing and I want to highlight it here:

I’m just looking to get corporations and special interests out of our government and put some term limits in place to get rid of these career politicians. I figure a couple of amendments to our constitution would do it. The U.S., even with our difficulties, is still the land of opportunity and is still a great country, but we do have some work to do to eliminate corporate and special interests influence on our government. If done, these changes would have dramatically positive effects on our government’s ability to govern with the will of Americans in mind.

Now I happen to know Mike… and I don’t believe him to be radically involved in anything more than caring for his beautiful family and ensuring that they have the brightest of futures but his words do sound remarkably like these words: Special influence corrupts our political parties, our elections, and the institutions of government.Bought by hard and soft dollars, disloyal, incompetent, and wasteful special interests have usurped our nation’s civil and military power, spawning a host of threats to liberty and our national security.
We have had enough.

Legitimate government is born of the self-interest and will of the people expressed by its citizens in free and fair elections. It does not spring from a tyranny of special interests, patronage, or a system or ideology that runs counter to the aims of life.

The institutions of government were designed to protect the principles of our democratic republic and to serve the will of citizens.

Corporations, even those owned by foreign shareholders, use money to act as the voices of millions, while individual citizens, the legitimate voters, are silenced and demoralized by the farce.

Free and fair elections inspire good citizenship and public service, because they engage the intelligence and genuine good will of the American people.

They produce the kind of stewardship our nation desperately needs, because they ensure that citizens can influence their destiny, and make genuine contributions to society.

Free and fair elections remedy the myriad ills and abuses of a corrupt and illegitimate government, which preys on the resources and spirits of citizens.

These abuses and ills are listed on the official US Day of Rage twitter hash tag #usdor.

For these reasons, we come together now to organize a national and non-violent protest.

We demand that integrity be restored to our elections.

There are items there that may appear to superficially be appealing and in fact, I suspect Mike and many of us would agree with many of the tenets.  Those words seem to in large part echo the words of many an American.  But those words come from an organization purposed in propogating an US Day of Rage.  US not necessarily meaning United States.  US is at this point rather vaguely defined.  But the home page for these people suggests strongly that the singular day will more likely turn into the plural days.  They are asking participants to bring a tent.  They plan on ‘occupying’ Wall Street.

The Blaze is suggesting that their motives aren’t exactly pristine.

A US Day of Rage is the title given to a day of ostensibly “non-violent” civil disobedience orchestrated by a group of radicals — that reportedly include SEIU’s Stephen Lerner and ACORN founder Wade Rathke (who, coincidentally, formerly served as president of SEIU’s local New Orleans branch) — targeting Wall Street and U.S. capitalism. It’s worth noting that the title of the movement — if its intentions are indeed non-violent in nature — appears to contradict itself slightly.

But what is perhaps even more interesting than its title is who is allegedly behind the movement.

You may recall that back in March The Blaze exposed Lerner for stating his aspirations to destroy JP Morgan Chase and cause the collapse of the entire stock market.

Now, the US Day of Rage protests, staged by a collective of activist groups allegedly in conjunction with Lerner and Rathke, are planning the actual “occupation” of Wall Street September 17, complete with a tent city set smack-dab in the middle of Manhattan’s financial district.  Similar protests are purportedly set to take place across the nation — and even world — at the same time. Some Day of Rage organizers are even calling on activists to squat in Manhattan’s financial district for months at a time.

SEIU, ACORN and a host of anti-capitalist activists, using language couched in terms of liberty, self-interest and the principles of a democratic republic are looking to squat in the heart of the country’s financial district for months to effect change.

I don’t need to remind anyone that SEIU and ACORN and those who linked arms with them were key to the election of Barack Hussein Obama and thus largely responsible for the mess this country now finds itself in.

It behooves us all not just to listen to the words that some are using or to parrot them shallowly.  It behooves us all to look at the radical pasts of leaders who are aiming to transform the country, to go deeper than their words.  Obama has given us a teachable moment as to the lessons learned when we don’t go deeper.

I find it interesting that Mike’s words don’t lead him to the Tea Party and I can’t help but wonder why that is.

A choice is looming for Americans.  Who are we to believe?  Who are those who are trustworthy and honest?

Who will we align ourselves with?

Those who genuinely and sincerely uphold the principles that made this country great?  Or those who use those principles as a facade? 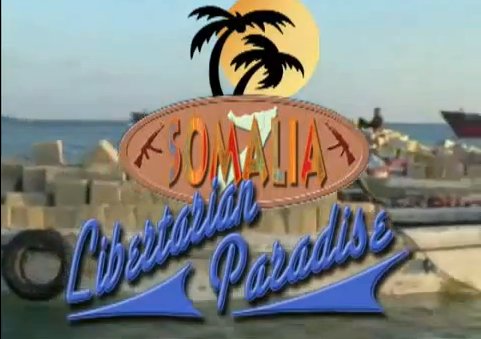