Robert Stacey McCain has a link and discussion of an article out of England that almost made me sick. I’m going to put off the links until I’ve had my say.

When it comes to child-rearing, quite a few liberals espouse letting the kid do what they want, just keep it supervised as best you can and hope for the best. Don’t condemn them, don’t try to control them, don’t even punish them too severely.  Instead, support them — emotionally, financially, and any other way you can.

When it comes to welfare and other government support, again the primarily liberal position is to not put too many restrictions on it, don’t put a burden of shame on it, don’t make it a stigma, and simply meet the needs of the dependent as they develop.

Conservatives, by and large, espouse a single principle that applies in both cases, as well as many more: whatever you subsidize, you get more of.

So let’s take the case of England’s Soya Keaveney. Three years ago, she wanted to be a model. Her mum (Dad doesn’t seem to be a presence in their lives, suprisingly enough) encouraged her, and Soya was soon a bikini model, posing for layouts at the age of 12. She further wanted to explore the adult world, so she asked her mum for makeup, alluring clothing, padded bras, and other trappings of adulthood (even feigned). Mum went for that, too.

Then Soya decided she didn’t want to just look older, she wanted to act older, too. She got herself a two-year-older boyfriend, and Mum thought that was just splendid. And when the two wanted to be sexually active, she realized she couldn’t stop them — but she could regulate it. The boyfriend started sleeping over at their home regularly.

Mum’s response? She’s delighted. Because they’re already in publicly-supported housing. With the baby on the way, the government will have no choice but to move them into a larger home.

At every step here, Soya wanted to take the self-indulgent route, and at every step Mum was right there to aid and abet in her “choice.” And why shouldn’t she? Mum’s taught her what she has learned — the family is already on public assistance, and the added baby simply means more benefits for all.

McCain’s take is on the sexualizing of children in Western “culture,” and that’s a hell of an important point, too. But this whole tragic tale brings up so many troubling things. I think the most tragic, though, is that Soya has no freaking clue just how screwed up her life has been, and how little chance she has for anything resembling a decent, independent life now.

Oh, and Stacey? I haven’t had the opportunity to mention it before, but I’ve been a member of the Axis Of Fedora for at least six years. I’ve upgraded the car, the glasses, the pants, and the shoes. I’ve moved away from the garage, and the mustache and hair is gone,  but I still have the coat, the hat, and the duck. 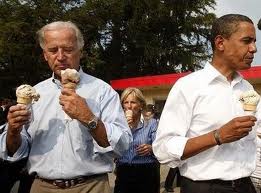