…or wouldn’t be if populations remained static.

But populations are not static; people do indeed vote with their feet. They relocate to areas which they view as better for their future employment prospects and general well being.  The chief beneficiary of those pedestrian votes has been Texas.  A self stated non-fan of Governor Rick Perry does the math to un-spin the Democrats and the LSM (but I repeat myself) on Texas jobs.

Full disclosure: I don’t like Rick Perry for our next president. I have my reasons that aren’t worth going into here. However, when I was watching the GOP debate and pro-Perry people started bringing up Rick Perry’s job numbers as a cudgel against other candidates, I looked into the BLS data on Texas jobs. Having familiarized myself with the data, I started noticing claims on the Texas jobs data that started popping up that directly contradicted what I was seeing in the data. So I wanted to clear up a couple of these common misconceptions.

Note: If you are going to comment and you want to introduce some new objection to the Texas job numbers, you MUST provide original data. I spent about 4 hours digging through raw data to write this post. I don’t want you to point to some pundit or blog post and take it on their authority, because I’ve already researched several idiot pundits who are talking directly out of their asses when it comes to the data. I want you to point to the raw data that I can examine for myself. This means links. I refuse to waste any more of my time on speculative bullshit or “Well, I’ll wager that the Texas jobs don’t really count because…” If you’re willing to wager, take that money and put it towards finding the actual data. In short, put up or shut up.

I’m not cranky, I swear.

Anyway, let’s deal with the complaints in no particular order:

“Texas has an unemployment rate of 8.2%. That’s hardly exceptional.”

So I was going to drive my point home that Texas was nothing special by looking at their raw employment numbers and reporting on those. That’s when I saw this:

This may not look like anything special, but I’ve been looking closely at employment data for a couple years now and I’ve become very accustomed to seeing data that looks like this.

In a “normal” employment data set, we can easily look at it and say “Yep, that’s where the recession happened. Sucks to be us.” But not with Texas. With Texas, we say “Damn. Looks like they’ve recovered already.”

More like they went into recession late and shallowly, and recovered both faster and stronger than the rest of the country.

I’ll leave you with my personal favorite chart. I mentioned at the beginning that Texas is seeing high unemployment in a large part because they’re growing so damn fast. The problem with this from a charts and graphs perspective is that it leaves worse states off the hook, making them look better than they actually are. Looking at unemployment alone, we would conclude that Wisconsin has a better economy than Texas. But Wisconsin is still 120K short of it’s pre-recession numbers. The only reason they look better than Texas is because 32,000 people fled the state.

During that time, 739,000 people fled into Texas. Anyone who takes that data and pretends that this is somehow bad news for Texas is simply not being honest. At the worst, I’d call it a good problem to have.

So, to give something of a better feeling for the economic situation across states, this chart takes the population of the states I selected above and judges the current job situation against the population as it stood at the beginning of the recession.

Using that metric, Texas would have a very low unemployment rate of 2.3%. But the fact that unemployment in the United States is fluid means that the unemployed flock to a place where there are jobs, which inflates its unemployment rate (at least in the short term). It’s not a bad thing for Texas… it just looks bad at first glance.

And there you have it, the latest spin un-spun.

Sadly, I’m writing this from the state which finished worst in the comparison. 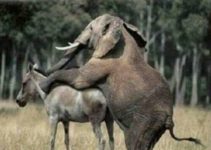