A big part of the problem in reaching a realistic solution in the federal debt crisis is the emotional drama. While there are legitimate reasons for concern about the problem and frustration at the refusal of some to seriously address the situation, many if not most of the voices being raised in media and in political blogs have brought gasoline to the fire and are doing no one any service. Reading through the mess, I have noticed that the extremes on each side fall into certain common assumptions which are inflammatory and work against solution rather than finding one. They include:

and of course, the requisite denial of personal responsibility:

The behavior, in essence, is that of adult intellects possessed by juvenile maturities.

Now to be sure, as a conservative I start with my own bias and assumptions, although they seem reasonable to me. I think it’s reasonable to say that too much spending and an ever-growing government caused the basic problem, and so we must cut spending to really address the problem. But I also understand that at this point in time, regardless of how we got here, we are going to blow past the existing debt ceiling before anything we do can really reduce it. Also, I understand that what democrats are willing to cut is radically different from what republicans are willing to cut from spending, and since democrats control the Senate and the White House, while the republicans control the House, a measure of negotiation, of give-and-take, is absolutely necessary to reach any deal. To recall an appropriate phrase, the perfect is the enemy of the good in this situation, because the perfect solution cannot come to pass.

This crisis also illustrates the answer to an odd paradox; many more Americans are conservative rather than liberal, yet democrats enjoy either parity or a slight plurality over republicans, as is shown by the election results over many cycles. One might wonder how that is possible, especially since democrats, less and less, reflect the presence or participation of conservatives within their ranks. The answer, sadly for conservatives, is that liberals tend to support democrats, even when they disagree to some extent, while conservatives fragment and go after each other on annoying trite differences. A sad example of this can be seen in Tea Party rhetoric, threatening any republican who deviates at all from a rigid ideology. What’s strange about this point, is that the Tea Party came into existence as a genuine grassroots movement, eschewing the framework of any extant political party and as such, lacking clear leadership to dictate an official platform, yet certain individuals have taken it upon themselves to speak for the group to advance their personal agenda. In the present issue especially, the Tea Party is hurting its own cause by threatening existing and potential allies, and in ignoring the credentials of genuine conservatives like Allen West and Paul Ryan, the Tea Party’s self-appointed aristocracy have allowed the Left to claim legitimacy for its own positions.

Look, I’m on the far side of a half-century of life and I have seen a lot of politicians and policies. Generally, conservatives are morally and realistically right a lot more often than liberals, but no conservative in my lifetime was perfect. Goldwater failed because while his arguments were sound, they were not persuasive to most voters. Reagan succeeded, but he accomplished most of his success through negotiation and horse trading with a democrat-controlled Congress, and even Reagan made mistakes. George H.W. Bush made the mistake of thinking the democrats who controlled Congress could be trusted, while his son made the mistake of thinking the republicans who controlled Congress could be trusted. I understand that neither Bush has, in the current vogue, been pronounced a ‘true conservative’, but both were far better choices than the democrats’ nominees in 1988 or 1992, and again in 2000 or 2004. The decision by some to ‘punish’ the republicans for being insufficiently pure in doctrine led directly to the Clinton and Obama administrations, for which these extremists – predictably – denied any responsibility. Now, having shot one foot in 2008 by sitting out the election and putting Obama in the White House, they believe it’s time to take aim at the other foot.

The debt crisis will be resolved. One hopes for a deal to be made in the next couple days (with the media attention as it is, we should have expected a last-minute deal all along, since sober and mature work on an early deal would never fit the Hollywood-style script which has been the theme for all major news stories in a generation), but in one way or another the issue will be worked out. It will satisfy few, and please even fewer, but it will get us through the moment. What gets lost in all of the bickering and bluster, is that politicians always revise and change laws and bills. Whether to add new taxes and fees or change the scope of law, Congress always feels the need to be making changes. Whatever is done in the next couple days, it will certainly be amended and altered some time in the future, because this is the record of Congress.

Which brings us to the silent priority of the debate: The 2012 election. Democrats imagine that the 2010 election can be undone and they can regain control of the House of Representatives, while republicans intend to hold the House and make gains in the Senate, possibly taking control there if things work out well enough, and both parties know the White House is very much up for grabs in 2012, with all the obvious significance of that office. The winner of that election will depend in large part on how the general public perceives the resolution of the current debate and crisis. Democrats are fools to imagine they can sit on their hands and gain public support, but republicans need to control the perception of their own efforts. If they win the day but lose next year, all their ideals and hard work will count for nothing. It’s far better to get the best realistic deal they can for now, and get their message across in a calm, clear manner. 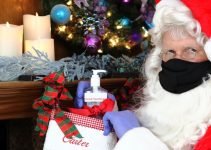