This week’s Weekend Caption Contest™ was our first on the new site and with the new comment system. Turnout was a little lower than normal, but still very respectable for a post Jully 4th weekend where a lot of people are on vacation. The assignment this week was to caption the following picture: 2) (Stephen Macklin) – “Mr. Weiner, maybe you should go back to sending photos on Twitter”

4) (Sue Palmer) – “You didn’t realize that you could have just walked across our southern border?”

5) (McGehee) – “Obama’s new initiative to provide the homeless with better places to sleep, still has a few wrinkles to iron out.”

6) (retired.military) – “President Obama came up with a novel solution when he was told that no more people would fit under the bus.”

The Readers Choice Award this week went to P_Bunyan. In its place we honor one more excellent caption that played off Clintonian era detail.

(Joe Miller) – “Turns out former labor secretary Robert B. Reich prefers to travel this way. ‘It gives me plenty of room,’ he said. ‘And I don’t have to answer stupid questions about why I believe the Card study on the minimum wage.’” 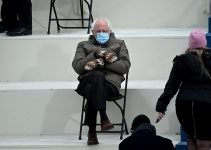