The shuttle, with a reduced crew of four, is ferrying supplies on a 12-day mission to the International Space Station, which was assembled in orbit from parts carried into orbit by earlier shuttles and other rockets and is now largely complete. The launch took off within a few minutes of its scheduled time despite threatening weather and a brief technical delay

NASA is retiring its flagship fleet after 30 years of service. Atlantis, along with Endeavour, Discovery, Columbia and Challenger, have collectively carried humans more than a half a billion miles in orbit around the Earth, spanning 130 flights.

“Final liftoff of Atlantis. Shoulders of the space shuttle. Ameria will continue the dream,” an official from NASA’s launch control announced.

Fake but not accurate
Thanks For The Leftovers!
Tags:NASA, Space Shuttle 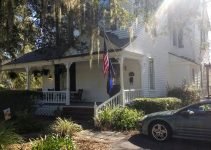