I am increasingly of the opinion that the US needs to intervene with the government of Georgia. Not the country, the state. My current home state tends to produce some widespread scandal up there in the Atlanta area just about every six months. This time it’s about grades.

Award-winning gains by Atlanta students were based on widespread cheating by 178 named teachers and principals, said Georgia Gov. Nathan Deal on Tuesday. His office released a report from the Georgia Bureau of Investigation that names 178 teachers and principals – 82 of whom confessed – in what’s likely the biggest cheating scandal in US history.

This appears to be the largest of dozens of major cheating scandals, unearthed across the country. The allegations point an ongoing problem for US education, which has developed an ever-increasing dependence on standardized tests.

The report on the Atlanta Public Schools, released Tuesday, indicates a “widespread” conspiracy by teachers, principals and administrators to fix answers on the Criterion-Referenced Competency Test (CRCT), punish whistle-blowers, and hide improprieties.

It “confirms our worst fears,” says Mayor Kasim Reed. “There is no doubt that systemic cheating occurred on a widespread basis in the school system.” The news is “absolutely devastating,” said Brenda Muhammad, chairwoman of the Atlanta school board. “It’s our children. You just don’t cheat children.”

This is sad, but completely unsurprising. Ask a teacher about the CRCT in Georgia and the first thing that happens is a gritting of the teeth and a souring of attitude. The story from Christian Science Monitor points out that critics say it’s a “tacit indictment” that “politicians putting all bets for improving education onto high-stakes tests that punish and reward students, teachers, and principals for test scores.” I say that coaches coach and players play. If you don’t have a performing teacher, there’s plenty of waitresses at Longhorn or customer service reps at Dollar General who would love to make that money.

But the coaches aren’t coaching. In this case, it appears the administrators pressure the teachers to cheat. If I was in charge of this state I couldn’t get to firing people fast enough. 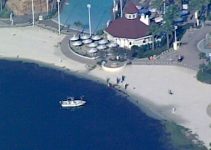