Joseph Moser at The Daily Caller highlights one of the biggest condundrums for environmentatlists. The technology they’re counting on to rid us of our on foreign oil requires a lot of copper – a veritable crapload of the stuff.

Recently, the EPA declared a new corporate average fuel economy (CAFE) standard of 34.1 mpg by 2016. Going a step further, the NRDC is demanding Obama administration officials set even stronger global warming pollution and fuel-efficiency standards to ensure cars and trucks average at least 60 mpg by 2025. The hope is that higher standards and government “incentives” will encourage automakers to produce more fuel-efficient hybrid and electric cars.

One problem: the more electric a vehicle is, the more copper it contains.

Other “green” technologies also contain lots of copper. A five-megawatt wind turbine is made of nearly five tons of copper and solar panels are up to 60 percent copper. Blocking future mine construction effectively jeopardizes the very technology greens want to power their vision of a “clean-energy future.”

Turns out there’s a major discovery of said copper (and gold) near Bristol Bay, Alaska, about 200 miles southwest of Anchorage, that if unearthed, would produce over 80 billion tons of copper. Even though it’s still in the planning stages, the Pebble Mine appears to hold some of the largest natural reserves of copper and gold in the world.

Environmental groups are fiercely opposing the proposed mine. As noted at Resourceful Earth, environmentalists want to massively scale up development of electric vehicles, solar panels, windmills, etc but don’t want to approve of projects that will extract these minerals need to build these new green products from the earth. They’d much rather that the messy business of producing “green” be done overseas… 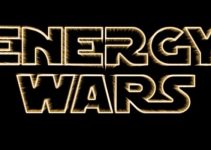