As the Republican presidential field slowly starts to define itself, I am reminded more and more of a truly underrated political novel from the early 1970’s: Fletcher Knebel’s “Dark Horse.”

A brief summary: shortly after the nominating conventions, the Democratic nominee dies suddenly. His veep wasn’t well liked, so the powers that be fight over who will take the top slot. They pick a New Jersey turnpike commissioner named Eddie Quinn, who figures he has no choice and goes totally gonzo on the campaign trail, having a hell of a time.

Then the polls show he has a serious chance of winning, and he starts getting cold feet at the thought that he might actually be president.

Then, after a CIA briefing on world events, he and the Republican nominee have a completely private conversation. And Eddie’s rival imparts upon him some of the finest wisdom I’ve ever seen. I’m going ot paraphrase it here, because I can’t lay my hands on my copy at the moment:

I’m finding myself applying that same principle to the upcoming Republican contest. As so many others are, I find myself looking at each candidate and asking “is this the man or woman I think is the best candidate? Does this candidate come closest to what I believe in, and want?”

That’s a very natural and very seductive position. But I need to get past it. I don’t need to think of “best.” I need to focus on “better.”

Pending a Teutonic tectonic shift in the situation, President Obama will be nominated for re-election in 2012. He is the presumptive nominee. The slot is his to lose. I’ll wager there won’t even be a half-serious challenge to him.

So the standard against the Republican nominee must be measured is not some abstract Perfect President, but Barack Obama. For me to support a candidate, they don’t have to be the Best. The just have to be Better.

On that scale, it’s a hell of a lot easier to look at the potential candidates — and a few of those who’ve already taken themselves out. In no particular order:

Mitt Romney: I’ve said before that RomneyCare — the ObamaCare Lite he signed off on for Massachusetts — is a damning factor. It could sink him, and shows a bit of weakness. But Romney has always struck me as a pragmatic man, with a seriously impressive record of accomplishments. So I can definitely say that compared to Obama, he would be Better.

Mike Huckabee: even before he took himself out of the running, I was uncomfortable with him. He combined so many aspects that I didn’t like. He strikes me as too preachy. He’s too squishy on a lot of issues. And there’s something about him that I just don’t trust. I can’t say he would be Better than Obama — he’d be, at best, Equal To or Worse than Obama.

Donald Trump: Never a serious contender. His ego and narcissism would make him a disaster as president. But his candidacy reminded me of an old saying I heard about the Navy: “Any ship can be a minesweeper — once.” He was a great minesweeper, and I wish he’d stayed in a bit longer to remind us all of the mines the liberals and the mainstream media (but I repeat myself) put out for Republicans and conservatives. In the end, though, I think he would have been Worse than Obama.

Newt Gingrich: The answer to the unasked question “what happens when a bomb-thrower grows too old to toss the bombs a safe distance away?” Gingrich has always had a powerful intellect, but also powerful passions. Those have led him astray on occasion — witness his multiple marriages — but have also served him well. But his days are passed. He had his windows of opportunity, but he waited too long and they closed. Now, I’m not quite sure what he stands for besides himself. He’s been overtaken by others, and lashes out on those who’ve taken up the banner he let slip. A Gingrich administration would be an attempt to recapture the heady days of the 90’s — and they’re gone. To attempt to recreate them would only make things Worse.

Herman Cain: No electoral experience whatsoever, but damn a serious history of actual accomplishments. Real managerial and executive experience. Passion. A hell of a speaker, with a simple grasp of matters (not to be confused with simplistic) that cuts through the crap that politicians love to pile on to things. And unlike Obama, the shadiest connection in his past is the name of the pizza chain he pulled back from the brink of collapse in astonishing time — he headed up Godfather Pizza, Obama palled around with real Godfather-like villains like Tony Rezko, Rod Blagojevich, William Ayers, Jeremiah Wright, and a host of others. I have to think that a Cain administration would be Better than Obama’s.

Sarah Palin: she has the same kind of polarizing charisma Obama has. She has a few things that he doesn’t, however. She has an actual record of executive experience and accomplishments. She has put the interests of her constituents ahead of her own, and showed that she has no need or lust for power, by resigning when the attacks on her were threatening the well-being of her state. She has shown that she can learn and grow when confronted by things out of her depth. And, most importantly to me, she has demonstrated tremendous character and resolve by taking on and defeating corruption within her own party — something Obama has never once done. And she has demonstrated a pretty damned good balance between principle and pragmatism on major issues — foreign and domestic. So while I am uncertain of what a Palin administration would be like, I think that it’s highly likely to be Better than Obama II.

Ron Paul: Ron Paul has a lot of good ideas. But the problem is, he has a lot of ideas, period — and the bad ones tend to overshadow the good ones. And beyond the bad ones are the just plain nuts ones. This is compounded by the fact that Paul himself is nuts. He’s so hung up on his principles that he can’t reconcile them with reality. He sees things as black and white, and doesn’t recognize that there is a lot of gray out there. A Paul administration would, in all likelihood, be far, far Worse than Obama’s.

Now, I’m sure I’ve overlooked a few. And you know what? I don’t care.

At this point, the first primary is still almost eight months away. And — not to brag — but my opinion is more important than most of yours — because I’m a New Hampshire resident, and my state has the first primary. (If it’s any consolation, last time I voted for Fred Thompson, and look how well that worked out. I’d do it again, but it still stings a little.) That’s plenty of time for other candidates to catch my eye and interest, or lose it. Or, possibly, both.

But of the three candidates that have declared so far — Gingrich, Paul, and Cain — I’d have to say that Cain is my current favorite. And that’s by default.

The important point here is that we don’t need the “best” candidate. Don’t let the perfect be the enemy of the good. The most important thing is that we find a candidate who will actually be better than Obama.

And while that is an embarrassingly low standard, as shown above, it’s not a given. 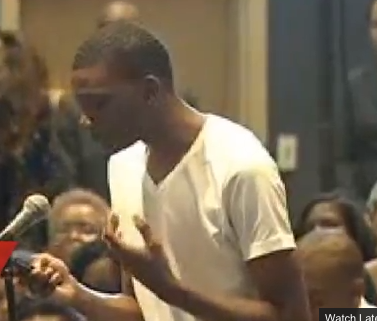