Home
Categories
Obama Rejects Our Reality And Substitutes His Own

One of the first presidential campaigns I really followed closely was the 1992 race. As a resident of Manchester, New Hampshire, I got to see several of the candidates in person (I actually got to snub Bill Clinton when he wanted to shake my hand), and even saw that nutjob with the boot on his head.

In that election, the Democrat I found most sane and responsible was Paul Tsongas. (Hey, I was young. Gimme a break.) And his biggest attempt to break through his lack of personal charisma was when he tried to hang the nickname “Pander Bear” on Bill Clinton.

It just didn’t work. Oh, it was accurate enough, but it wasn’t catchy enough in and of itself to stick. If someone with more charisma and charm had pushed it, maybe, but Tsongas just couldn’t pull it off.

The Senator is long gone from this world (but his widow is still in Congress, and earning a reputation as one of the bigger twits on the Hill), but I think we have a new worthy for that nickname: Barack Obama.

Hell, I’d argue that “Pander Bearack” is more entitled to the name than Bill Clinton. Obama loves going before friendly audiences and throwing out the red meat, telling the adoring crowds just what they want to hear — even if he has to make it up on the fly. For example, he recently met with a group of public employees and commiserated with them about how the recession has hit them especially hard.

Which, of course, was an utter load of crap.

Now, to be kind, Obama might not have been simply making crap up, but a bit premature. As part of the economic slump, along with years and years of reckless spending, a lot of governments — local and state governments, along with the feds — are finding themselves seriously hurting financially. And one way to cut expenses is to lay off public employees. So Obama’s statement might some day be true.

But it wasn’t when he said it, and won’t be any time soon.

Similarly, Obama was recently speaking at a fundraiser in El Paso, Texas. (Someone cue up Kinky Friedman’s classic “Asshole From El Paso.”) Many in attendance are in favor of “immigration reform” (that’s liberal-speak for “amnesty and open borders”), so Obama naturally teed off (an apropos metaphor, I believe) on those of us who favor increased border security, boasting of how he had completed the security fence along our southern border — but that just wasn’t enough for us racist, bigoted, xenophobic, anti-immigrant white supremacists (did I miss anything there?) — we wouldn’t be happy with a moat filled with man-eating sharks with frickin’ laser beams mounted on their heads.

Which, again, was an utter crock of crap.

The real fence, of course, was shot down as “too expensive” and “too inefficient,” to be replaced with a “virtual fence.” But even before that was close to being finished, it was abandoned as “impractical.”

But will the fearless fact-checkers of our media call him on these lies? Of course not. Instead, they’ll focus on his calls for unity and bipartisanship — kind of like how a guy might insist on a fair, clean fight just before he knees his opponent in the groin.

One has to remember one thing when dealing with Obama: the man apparently has no sense of honor or integrity. He is a partisan hack, sees everything through that prism, and doesn’t recognize that he has to at least show the occasional sign of integrity and responsibility.

But that just ain’t the Chicago Way. And Obama is a pure creature of the Chicago Democratic Machine, showing how well he listened to his mentors and colleagues: Jeremiah Wright, Tony Rezko, Valerie Jarrett, Richard Daley, Rahm Emanuel, Robert Gibbs, Rod Blagojevich, William Ayers, and a whole host of rogues, villains, knaves, and corrupt swine.

He spent years laying down with dogs; it’s clear that he’s picked up more than his share of fleas.

Update: Ten hours later, it takes Bruce Freakin’ Henry to note that I screwed up the links and went to the same article for both. It’s fixed now. Bruce, you have my profoundest thanks. The rest of you — I’m woefully disappointed in all of you. 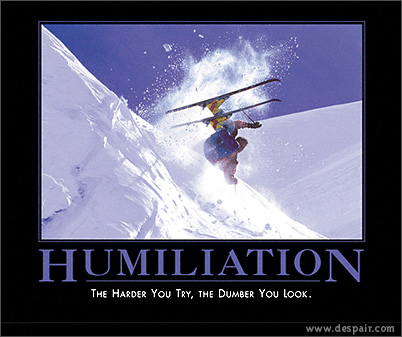