Home
Law
First Thing We Do, Let's Torture All The Lawyers

Over at Outside The Beltway, James Joyner has kicked off an interesting discussion about torture, enhanced interrogation, and which people have more stomach for doing what needs to be done versus which people refuse to sacrifice principle for the sake of expediency. (There, I think I was fair to both sides.)

It’s a fascinating topic, but there’s one aspect that Mr. Joyner doesn’t address. And that is the effect lawyers — and our ever-increasingly lawyer-driven society (especially in political matters) — are having on the topic.

It’s understandable how Mr. Joyner would overlook this; as he’s a lawyer himself, it’s a natural blind spot.

Correction: he’s not a lawyer, he just hangs around with a bad crowd. My apologies, sir; while I understand that falsely calling you a lawyer could be considered defamatory and even libelous, I plead lack of malice and offer this correction and humble apology.

Here, let me explain my theory, in relation to the topic of torture.

For a long, long time, the rule was simple. “Don’t torture people.” It was clear, it was concise, and it was understood. People didn’t commit torture — and if they did, they were punished for it.

And then the lawyers got involved. They insisted on a precise definition of “torture.” The old rule of thumb — “would you consider it torture if it was done to you?” wasn’t good enough. They wanted it spelled out in precise detail just what constituted torture — and, by implication, what did not. They insisted on specific criteria and conditions would trigger punishment. And this is what they came up with:

(1)
“torture” means an act committed by a person
acting under the color of law specifically intended to inflict severe
physical or mental pain or suffering (other than pain or suffering
incidental to lawful sanctions) upon another person within his custody
or physical control;


(A)
the intentional infliction or threatened infliction of severe physical pain or suffering;


(C)
the threat of imminent death; or


(D)
the threat that another person will imminently be
subjected to death, severe physical pain or suffering, or the
administration or application of mind-altering substances or other
procedures calculated to disrupt profoundly the senses or personality;
and

(3)
“United States” means the several States of the
United States, the District of Columbia, and the commonwealths,
territories, and possessions of the United States.

And that’s when things started going pear-shaped. Let’s take the example of waterboarding. Here’s how I think things might have gone down:

“We need a way to interrogate these guys — the worst of the worst — that will break them. But we have to stay within the letter of the law regarding torture, so keep that in mind.”

“The letter of the law? How close can we get?”

“As long a you’re on the right side of it, as close as you like. Just don’t cross it.”

“OK, we got this technique. We’ve taken this old method — water torture — and refined and improved it to the point where we think it’s within the law. We’ve taken out the stuff that clearly breaks the law, but preserves the effect.”

“First up, there’s no physical harm. We make certain that no water enters the lungs, so there’s no chance of drowning or pneumonia or other injury. So that’s covered.”

“Second, we’ve put quite a few of our own people under it, and they’ve reported no long-term trauma. They freak out during, and they’re very cooperative immediately after, but they don’t seem to have any lasting effects — except that they would really rather not go through it again. So I think we’ve got the ‘nothing prolonged’ covered, too.”

“Sounds good. Run it past some Justice Department lawyers, show ’em what they need, and if they sign off, go for it.”

And so we end up with an approved interrogation technique that many would consider torture, but many others would not — and can get lawyers to argue that it doesn’t break the letter of the law.

And here, we see an inversion of some political stereotypes. The left is arguing that we not only need to obey the letter of the law, but not even come close to the letter. Meanwhile, the right is arguing that the letter of the law was obeyed, even if the spirit was bent a bit; and further, there are times that the needs of Justice trancend the laws of Man. And in the cases of these three detainees, the worst of the worst of the worst, it was justified for the greater good.

We wanted a law against torture. And we insisted that we spell it out in black and white. And when you set something down in law, you’re going to have lawyers finding loopholes and creeping as close as they can to that letter of the law without breaking it. They’ll bend it, push it, twist it, warp it, but argue like hell that they haven’t broken it.

And so we have waterboarding. Those who said “we need a law against torture” had their lawyers craft a definition of torture that they then enacted into law. And then other people got their own lawyers to find a way around those laws so they could do what they thought was necessary without legal risk. And thus a practice that many — arguably — would call “torture” and many — arguably — would say does not meet the written legal definition of “torture” — came to be used in just three cases, the most extreme and critical ones.

And the information gained from those three men we waterboarded — out of the thousands we captured — led, eventually, to the location and killing of Osama Bin Laden.

Good enough for me. 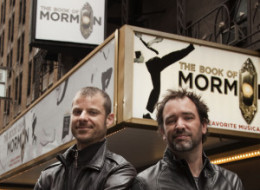