Here’s hope and change to believe in:

As promised in a recent op-ed, Rep. Bill Posey, R-Fla., has introduced H.R. 1641, the “Reasserting American Leadership in Space Act” or the “REAL Space Act”. In the vernacular it is being called the “Back to the Moon Bill.”

Thus far the bill had four cosponsors, Rep. Rob Bishop, R-Utah, Rep. Sheila Jackson-Lee, D-Texas, Rep. Pete Olson, R-Texas, and Rep. Frank Wolf, R-Va., Wolf’s cosponsorship is significant as he is the chairman of the on the Commerce-Justice-Science subcommittee on Appropriations

The bill has a list of findings that spell out the reason why the primary mission of NASA should be a return to the moon. These range from developing technology to enhancing national security. The curious omission, often cited by supporters of a return to the moon, is resource utilization. The discovery of water and other resources on the moon suggest that it is not only a suitable venue for a human settlement, but also as a refueling stop for spacecraft bound for other destinations in the solar system.

Still, Posey’s bill is an attempt to rationalize NASA’s human space flight program. When President Barack Obama canceled the Constellation space exploration program, he also removed the central reason why NASA should have a human space flight program. Belated and vague promises of traveling to an asteroid are not taken very seriously by most space analysts and in any case lack a central rationale beyond a version of George Mallory’s reason for climbing Mount Everest, “Because it is there.”

We’ll have to overlook the fact that Sheila Jackson-Lee is a cosponsor of the bill, chalking it up to an unusual moment of sanity.  The bill will need to survive a threatened Obama veto but we’ll accept this as a step in the right direction.

Kudos to Mr. Posey and all who’ve signed on to get this thing passed.

The "Birther" Issue Gets Trumped
Woop, Here He Isn't! 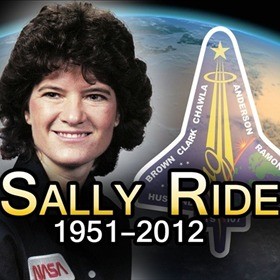