Have you heard this story?  If not, I suspect you’re far from alone:

Sometime Friday night, April 1, 2011, which was also the Jewish Sabbath, the Washington Post published, online, a rather remarkable op-ed piece by South African jurist Richard Goldstone. Essentially, Goldstone recanted his own “Goldstone Report,” a document which has been used against Israel in countless, damaging ways, a document which accuses Israel of possible “war crimes” and “crimes against humanity” in its incursion into Gaza in response to the 10,000 rockets Hamas launched towards Israeli civilians in Sderot and southern Israel–a document which charges Israel with having “purposely targeted civilians in Gaza.”

Goldstone now admits that all the above charges are wrong, false, are based on too-little-information or on flawed-information. He partly blames Israel for not “co-operating” with the venomously biased Human Rights Council, but in truth, Goldstone really had available much of the information which is now contained in Israel’s painfully careful investigation of what happened in Gaza.

Israel looked into the false allegations that it had “targeted civilians” and investigated itself thoroughly. Of course, although Goldstone also charged Hamas with this same task–Hamas did not do so. Now, rather late in the day, Goldstone has finally noted that there are actually some important differences between an open, transparent, lawful, ethical, and democratic Jewish state and an Islamist-terrorist organization such as Hamas.

The New York Times, living up to its anti-semitic meme, refused to publish the piece:

Judge Richard Goldstone’s expressions of regret about the Goldstone Commission Report for the UN Human Rights Commission into Israel’s incursion into Gaza in early 2009, Operation Cast Lead, has not received the hoped-for coverage in the world, especially compared with the original report.

Hebrew daily “Yediot Ahronot” today cites a source close Goldstone as saying that he originally approached the “The New York Times”, one of the world’s top newspapers, to publish his article, but that its Op-ed editor refused. Goldstone published his article in “The Washington Post” on Friday.

We await Thomas Friedman’s balanced response to Goldstone’s recantation.  It should hit the streets about the same time Jeremiah Wright and Louis Farrakhan publish their own.

It's on ...
Weekend Caption Contest™ Winners 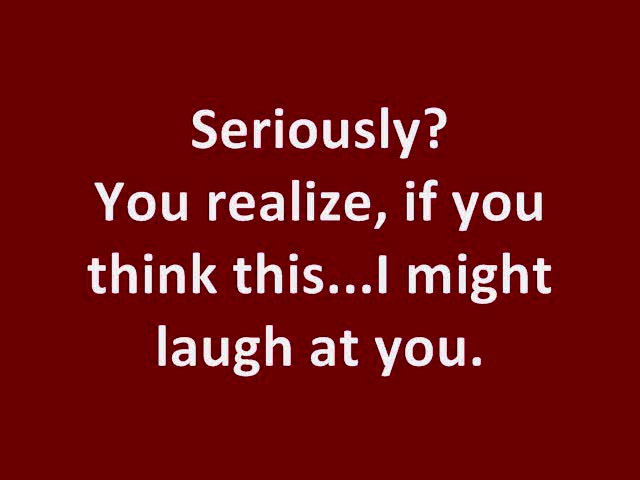