They’re apparently in need of an expert in shading the truth… and they want to hire this expert as their communications director:

Facebook is in talks to hire Robert Gibbs, President Obama’s former White House press secretary, for a senior role in helping to manage the company’s communications, people briefed on the negotiations said.

Facebook is seeking out Mr. Gibbs ahead of an initial public offering planned for early 2012, these people said.

The talks are still at an early stage and no formal offer has been made, these people said, adding it remained possible that the discussions could collapse.

Mr. Gibbs, who left the White House in February after two years on the job, had been planning to help establish President Obama’s re-election campaign before taking a private sector job, these people said.

Facebook, however, is pressing Mr. Gibbs to consider the job more quickly, according to these people, who spoke on the condition of anonymity because the conversations were supposed to remain confidential.

A job for Mr. Gibbs at Facebook could be worth millions of dollars. While details of his potential compensation package have yet to be discussed, people briefed on the talks said that he would receive a cash salary as well as shares ahead of the initial offering. Facebook is being valued by some investors at more than $60 billion and could be the largest offering in history.

Given what we know, Facebook apparently has a message they need delivered that will be a hard sell to the public and will need someone willing to tell lies to get that message communicated, accepted and adopted.

They’ve picked someone with lots of relevant experience.

"The coming is near"
What I Want To Hear 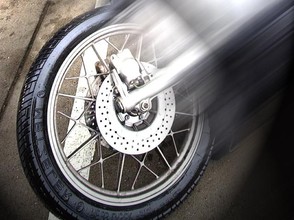