Like all of his predecessors, this president
has realized why the Constitution vested certain powers in the executive
branch: Only it can act with dispatch.

President Barack Obama has again flip-flopped on
national security–and we can all be grateful. Having kept Guantanamo Bay
open, resumed military commission trials for terrorists, and expanded
the use of drones, the president has now ordered the U.S. military into
action without Congress’s blessing.

Imagine the uproar if President Bush
had unilaterally launched air attacks against Libya’s Moammar Gadhafi.
But since it’s Mr. Obama’s finger on the trigger, Democratic leaders in
Congress have kept quiet–demonstrating that their opposition to
presidential power during the Bush years was political, not principled.

Mr. Obama’s exercise of war powers in Libya is firmly in the
tradition of American foreign policy. Throughout our history, neither
presidents nor Congress have acted under the belief that the
Constitution requires a declaration of war before the U.S. can conduct
military hostilities abroad. We have used force abroad more than 100
times but declared war in only five cases: the War of 1812, the
Mexican-American and Spanish-American Wars, and World Wars I and II.

Without any approval from Congress, presidents have sent forces to
battle Indians, Barbary Pirates and Russian revolutionaries, to fight
North Korean and Chinese Communists in Korea, to engineer regime changes
in South and Central America, and to prevent human rights disasters in
the Balkans. Other conflicts, such as the 1991 Persian Gulf War and the
2003 Iraq War, received legislative “authorization” but not declarations
of war.

I find that I tend to agree with Victor Davis Hansen’s seven count indictment (in Let Us Count the Ways) as the basis for principled conservative criticism of the President’s actions.  The rank and blatant hypocrisy of the President and his supporters angers me far more than the actions themselves,  My principle objections to the actual military intervention is that I doubt that Obama and his supporters have a well thought out plan and the intestinal fortitude to bring the operation to a militarily successful conclusion.

The war powers issue is one which has been discussed back and forth for decades and which will remain un-resolved until the Supreme Court hears the issue.  For myself, I think the historical record is clear and that the President does have the requisite authority, and that the War Powers Resolution is un-constitutional on its face.

Since Vietnam, however, antiwar Democrats have sought to replace the
Constitution’s reliance on swift presidential action in war with a
radically different system appropriate for peacetime: Congress makes
policy, the president implements it. In 1973, they passed the War Powers
Resolution to require congressional permission for any military
intervention abroad, but no president has accepted the law’s
constitutionality.

President George W. Bush’s campaign against terror upped the stakes in
this contest. Opening the detention center at Guantanamo Bay,
establishing special military courts for terrorist trials, ordering
tough interrogation of al Qaeda leaders, and conducting warrantless
wiretaps of electronic communications–all without congressional
approval–fed the left-wing narrative of an “imperial presidency.” Senate
Majority Leader Harry Reid and other prominent Democrats regularly
attacked Mr. Bush for acting “above the law” and “cutting out Congress.”
Then-Sen. Joe Biden even opposed the Supreme Court nomination of Samuel
Alito because he would not agree that Mr. Bush would need congressional
permission to attack Iran.

Some might find it odd that Biden now seems to have no problem with the President acting “above the law” if they were so naive to believe Joe Biden has any deeply rooted principles beyond the good of his party.

Mr. Obama once agreed with his Democratic colleagues, saying in 2007
that “The president does not have power under the Constitution to
unilaterally authorize a military attack in a situation that does not
involve stopping an actual or imminent threat to the nation.” Fast
forward four years: Last Monday, Mr. Obama notified Congress that he
ordered military action in Libya “pursuant to my constitutional
authority to conduct U.S. foreign relations and as Commander in Chief
and Chief Executive.”

For once, Mr. Obama has the
Constitution about right. As Alexander Hamilton wrote in Federalist 74,
“The direction of war implies the direction of the common strength, and
the power of directing and employing the common strength forms a usual
and essential part in the definition of the executive authority.”
Presidents should conduct war, he wrote, because they could act with
“decision, activity, secrecy, and dispatch.” In perhaps his most famous
words, Hamilton wrote that “Energy in the executive is a leading
character in the definition of good government. . . . It is essential to
the protection of the community against foreign attacks.”

There is more, and it is imminently worth reading.

Hat Tip: Glenn “The Blogfather” Reynolds who quipped: “THEY TOLD ME IF I VOTED FOR JOHN MCCAIN, the President’s expansive view of war powers would be praised by the likes of John Yoo. And they were right!” 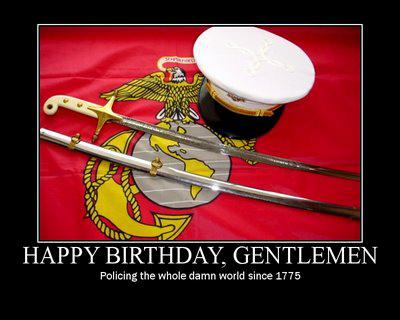