Home
Categories
Friends at the Pantheon

“Things pass, but the essence remains.  You sit, therefore, in the midst of a dream.”

People who know me, know that I love Roger Zelazny’s writing.  Books, short stories, just about anything he wrote was a big deal to me.  As it happens, though, until very recently I had never read what some critics and many fans consider his best work, Lord of Light.  Besides enjoying the story and its writing, I also picked up some interesting perspective on Zelazny’s best-known work, the Amber series.  But as often happens to me with Zelazny’s writing, the story started me thinking.  The plot of Lord of Light involves, well, an elaborate charade played out by a few people to retain power and privilege by usurping the Hindu Pantheon and establishing what they mean to be an eternal caste system.  And that contest between truth and what-seems-to-be-truth reminded me of the constant struggle in the real world between truth and falsehood in many of our belief systems.

As I am a Christian, I believe there is true religion, a spirit granted by God to His children exercised in faith, hope and love for each other and reverence for God.  But there is also false faith, as exhibited in such monstrous crimes as the Inquisition, countless witch trials and the abuse of power by countless priests, ministers and puported servants of the Most High.  I am reminded that Satan loves to masquerade in dazzling images of false holiness.  But this falsehood is not limited to some who claim to be Christian, nor even to religion itself. There is also true science and false science, after all, and oddly the spirit of each is consistent with the true faith and the false.  Those who are true, whether Christian, Buddhist, Wicca or Atheist, seek what helps and heals, while those who are false seek to hurt and hate.  We must be careful to consider the essence of what we believe, for it reflects who we are.

In the New Testament, the apostle Paul had to wait for the Lord to show him his proper role.  Unlike Peter, who knew and loved the truth from early on and who literally walked with Christ as His disciple, Paul was raised to hate and persecute, and his ‘Damascus Road’ experience was as stunning psychologically as physically.  What made Paul effective as a servant of Christ came in large part from his willingness to speak to anyone, and on their terms.  Jew to the Jews, Roman to the Romans, Paul did not begin his witness by insulting the beliefs of the people he encountered, but set his lessons in the context they knew.  Paul, like Abraham, lived among people who believed in many different kinds of gods, and he won them over through reason and example.  In fact, throughout the history of Man, most people have had to consider more than one choice for their belief system, and even when one religion dominated a culture, there have always been heretics and challengers of the official doctrine.  Too many people forget that the Protestant movement began with an ordained monk of the Roman Catholic Church.

I am secure in my beliefs.  That is, I am not a Christian just because I was raised in a nation which favors Christianity, and my parents took me to the church where they worshipped.  I went through my rebellion and searches, and looked into just about every major philosophy and creed to choose from.  I returned to the Church after a journey that I won’t go into now, for reasons that should be apparent, but I have seen enough of the world to know what the other systems generally offer, good and bad.  In most ways I see things the same way as C.S. Lewis did (though admittedly I shall never be as deep – or concise – as the good Oxford don); that every man seeks out truth and goodness, and – let’s be frank – is terrified of holiness when he finds it, for it is alien to our nature and person.  In that regard, our brothers and sisters who celebrate a pantheon are a bit more expressive and open about their feelings, for who could face the One who created all life and owns every breath we take, who judges us on a standard of perfection we cannot possibly meet but by which He lives and acts throughout eternity?  Who could face the author of the mysteries of birth and death, the designer of every day of our lives?  Who could, in a single person, encompass the contrary powers of hope and despair, justice and injustice, care and cruelty, and concepts we cannot even begin to imagine?  Should we who believe in one God, or none, mock those who describe a Buddha to intercede between us and the one who cuts off our breath and spirit?  Should we sneer at the name of Dainichi Nyorai, if the person using that name can thereby focus his prayers to the one powerful enough to overcome all his fears and doubts?  Shall we deride one who listens for the spirit of Gaia, if in doing so that one seeks to respect a world he did not make, and which will be here after he dies?  The old Greek pantheon is not much in vogue these days, but from where I sit I can understand how a simple man just wants to do what is right, and to therefore understand the world as it works.

There comes a decision, that is true.  Thousands of them, though, in a chain of events as one decision leads to the next.  Even if we are certain, completely, that we are right, we might do well to consider what our neighbor believes and why, so that when he speak with him we shall do so in peace and goodwill, rather than as conquest and aggression.  The only people to whom Jesus spoke harshly, were the hypocrites in their beliefs.  Christ went so far as to use a Samaritan as His example of a man who truly loved God by doing what was good, and by focusing on the essence, rather than just the appearance.

Get the popcorn, this ought to be good
In Praise of George Monbiot 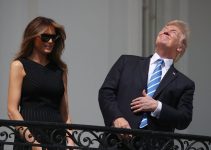