The latest news coming from the Fukushima nuclear power plant is not good:

A hydrogen explosion occurred at the No. 3 reactor today,
following a similar blast on March 12 at the No. 1 reactor that
destroyed the walls of its building. The utility has been
flooding the three reactors with water and boric acid to reduce
the potential for a large release of radiation into the
atmosphere following the March 11 earthquake-generated tsunami
that smashed into the plant, disabling electricity supply and
backup generators.

“They are managing the situation, they have very qualified
personnel there,” Gennady Pshakin, a nuclear expert based in
Obninsk, Russia, said by telephone. “We will have a week or 10
days of this uncertainty, but the situation should normalize.
What we need is for the water supply to be constant.”

FYI, there are 6 reactors at the plant, but reactors 4, 5, and 6 have been inoperative for some time due to routine maintenance and system upgrades.

The situation at the Fukushima plant is critical, but not catastrophic.  As far as can be determined, the shielding around the reactors has not been compromised.  The radiation leaks that have been detected are minor, and human exposure seems to have been minimal.  The evacuation of nearby residents is a routine precaution, not a tell-tale sign of impending doom.

Writing at The Daily Mail, Michael Hanlon provides a common-sense perspective on this situation:

The problem is that you cannot simply
turn off an atomic reactor instantly. It takes days for the red-hot
fuel rods to cool down – and that is provided they are supplied with
adequate coolant.

Professor
Richard Wakeford, a nuclear expert at Manchester University, said
yesterday: ‘If the fuel is not covered by cooling water it could become
so hot it begins to melt – if all the fuel is uncovered you could get a
large-scale meltdown.’

Hopefully
this will not happen, and thanks to both the design of the Japanese
reactors and to the swift and organised response of the authorities,
handing out iodine pills to prevent the ingestion of cancer-causing
substances, there is little chance that Fukushima will enter the annals
of notoriety alongside Chernobyl.

One
possibility which can be discounted is the so-called ‘China Syndrome’,
the wholly fictitious idea that a molten reactor core could melt its way
through the Earth and emerge on the other side. It is now known that
even a total meltdown, although deadly, would soon be contained and cool
down naturally.  But already questions are being asked – about Japan’s
nuclear safety record, and what implications this has outside Japan.

Was
it wrong to build a series of atomic reactors so close to the ocean?
Experts suggest that given the whole country is an earthquake zone,
there is nowhere the plant could be built which would not be at risk.

Unlike
Chernobyl, there is no chance that this could become an international
incident; Japan is simply too far away from anywhere else for the
radiation to spread, and the most serious radioactive contaminant –
Iodine-131 – has a half-life of just eight days. Furthermore, the
Japanese government is rich, competent and open – which the Soviet
authorities in 1986 conspicuously were not.

Jack Spencer of the Heritage Foundation provides another much-needed dose of common sense:

Here are some cold hard facts to keep in mind as news continues to come in from Japan:

The danger that Japanese engineers are currently grappling with
should not be minimized: what is happening right now with Japan’s
reactors could lead to a meltdown and significant release of radiation.
You could also get hit by a car on your way to work today. But that is
not what is likely to occur. What is likely to occur is that Japanese
officials will continue to operate professionally and oversee the order[ly] (sic)
cooling of these plants.

Of course we should continue to pray for the safety of all those involved, and for a swift conclusion to this crisis.  And we should also hope and pray that aftershocks do not cause even more serious damage to this facility. 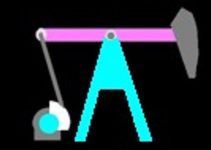