And he agrees with George W. Bush.  This ought to set some teeth on edge in the White House:

Former President Bill Clinton said Friday that delays in offshore oil and gas drilling permits are “ridiculous” at a time when the economy is still rebuilding, according to attendees at the IHS CERAWeek conference.

Clinton spoke on a panel with former President George W. Bush that was closed to the media. Video of their moderated talk with IHS CERA Chairman Daniel Yergin was also prohibited.

But according to multiple people in the room, Clinton, surprisingly, agreed with Bush on many oil and gas issues, including criticism of delays in permitting offshore since last year’s Gulf of Mexico spill.

“Bush said all the things you’d expect him to say” on oil and gas issues, said Jim Noe, senior vice president at Hercules Offshore and executive director of the pro-drilling Shallow Water Energy Security Coalition. But Clinton added, “You’d be surprised to know that I agree with all that,” according to Noe and others in the room.

Clinton said there are “ridiculous delays in permitting when our economy doesn’t need it,” according to Noe and others.

Of course, the agitator-and-fabricator-in-chief was in essence blaming the oil companies:

In his Friday press conference to discuss gas prices, President Obama was rather defensive, straining to counter the notion that his administration has been unfriendly to oil drilling, something most people would like to see a lot more of these days.

Where do people get that notion? Perhaps his Interior Department appealing a judge’s ruling that it act on several pending deepwater permits had something to with it.

Obama claimed repeatedly that he is not against drilling, then made the following comments:

There is more we can do, however. For example, right now, the (oil) industry holds leases on tens of millions of acres — both offshore and on land — where they aren’t producing a thing. So I’ve directed the Interior Department to determine just how many of these leases are going undeveloped and report back to me within two weeks so that we can encourage companies to develop the leases they hold and produce American energy. People deserve to know that the energy they depend on is being developed in a timely manner.

In other words, Obama is arguing that the oil companies themselves may be to blame for the fact that there isn’t more drilling

Kind of unfair to pit the former lying king against the current one but who to believe this time seems pretty simple to me. 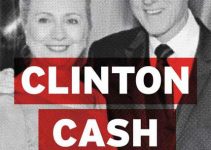