I tend not to miss work at The Day Job. In fact, until recently, I had almost seven weeks’ paid time off built up, counting vacation, sick time, and a “floating holiday.”

I say “had,” because that just changed. I’m down to about six and a half.

My bosses tend to appreciate me because I’m reliable to a fault. I don’t “pull a Wisconsin teacher” and abuse my sick time.

A few years ago, though, I’d maxed my sick time and decided to take a “mental health day.” I wasn’t feeling sick, but I called out anyway — I wanted to burn off some sick time, so I’d start accumulating it again. So I phoned out and took the day to goof off.

Three days later, I got the stomach flu and went out for a full week, wiping out my sick time entirely and digging into my vacation time.

Actually, it wasn’t a full week — my then-boss called me up and begged me to come in on my last scheduled day away. I dragged myself in, spent half the day in the bathroom, and ended up passing the bug on to two colleagues.

Sadly, that lesson didn’t take very well for me. Last week, a part-timer in my workplace was complaining about being short on hours. I realized I was close to maxing my sick time again, and I had a friend I hadn’t seen in about a year and a half, so I figured I’d invite him up to my neck of the woods this week. I’d also call out “sick” on that day, so my colleague could take my shift. It seemed like a win all around.

Right up until the day before my plan was to kick in. I reported to work at 1, and within an hour started feeling worse and worse and worse. I got a cough that felt like I was about to hack up hunks of lung. My body started aching like I’d been ten round with Mike Tyson. And I got more and more feverish. By 3, I decided I needed to get home and go to bed (after taking some hefty drugs). My boss let me go by 4, at which point I started gobbling cough drops like candy and chugging Nyquil straight from the bottle. I was like a pharmaceutical Charlie Sheen.

Well, the fever broke over night (after keeping me from sleeping for more than 15 minutes at a time), and today I’m just achy and coughing.

But I’m still irritated. My “abuse” of sick time harmed no one, really — my shift was covered by someone of a lower pay grade, I’d made plenty of preparations to keep the workplace from being inconvenienced, and I have a thorough record of NOT abusing my sick time. But I still got sick as hell, keeping me from enjoying my plans.

Meanwhile, in Wisconsin, the teachers there are openly violating the “no work actions” clause of their contracts and — so far — suffering no consequences for their action.

Bastards. I hope at least some of them get this bug that laid me out. 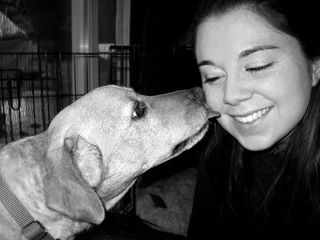