Home
Evil
Was it mere piracy…

… or yet another battle of Islam’s war on Christianity?

The four Americans aboard a yacht hijacked by pirates off the coast of Somalia are dead, CBS News has learned.

Hijacked last Friday off Oman, the Quest was being piloted toward the Somali coast – and was being shadowed by a U.S. Navy warship.

CBS News national security correspondent David Martin reports that gunshots aboard the yacht were heard, and the warship took action.

All 4 Americans were dead, killed apparently by their captors.

There were more than a dozen pirates on board, some dead and others captured, Martin reports.

The Americans were Scott Adam and his wife, Jean, of Marina del Rey, Calif.; and Phyllis Macay and Bob Riggle, both of Seattle.

Adam, in his mid-60s, had been an associate producer in Hollywood when he turned in a spiritual direction and enrolled in the seminary a decade ago, Professor Robert K. Johnston of Fuller Theological Seminary in Pasadena and a friend of Adam’s, told The Associated Press.

“He decided he could take his pension, and he wanted to serve God and humankind,” he said.

Since 2004, the Adams lived on their yacht in Marina Del Rey for about half the year and the rest of the year they sailed around the world, often distributing Bibles in remote parts of the Fiji Islands, Alaska, New Zealand, Central America and French Polynesia, Johnston said.

Who are these pirates?

Somalia is a lawless nation known for spawning pirates and radical Islamists. The radical Muslim group al-Shabab, which rules much of the country, is known for targeting Christians in the region. Some African missionaries who have been caught working in the area have paid with their lives.

“There is no government. There is no security,” CBN News International Correspondent George Thomas said of the region.

Friday’s hijacking comes after another Somali pirate was sentenced by a New York court to 33 years in prison for his role in the hijacking of the Maersk Alabama.

Details are largely still missing so conclusions drawn now are premature but it’s difficult to overlook the possibility that infidels were dealt with here as Islamists are taught to deal with them.

Go For The Gusto
Western Martyrs 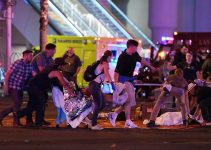