Home
Egypt
What I Know (and hope) about Egypt

Egypt has been in the midst of a serious crisis, precipitated by a stagnant economy, rising food prices, and continued unrest at the hands of Muslim extremist groups.  Protests have been met with heavy handed tactics by the government.  Things finally boiled over, and voila, a “revolution.”

But revolution will not restart the economy, nor will in bring down the price of food.  Both of those problems will surely get worse, since nothing spooks investors or the market like chaos and uncertainty.

The protesters in Cairo represent only a small fraction of the Egyptian population.  While the Cairo crowd is young, energetic, and presumably college educated, most of the rest of Egypt is not.  While support for a “moderate” government or a moderate leader like Mohammed El Baradei, remains strong among the protesters, it is unclear whether the same level of support exists in provincial areas.

On the whole, Egyptians seem to be very conservative on religious and cultural matters.  A recent Pew poll reported a substantial majority of Egyptians favoring more religious presence in government and the imposition of violent penalties for adultery, theft, and apostasy, and around half of Egyptians expressed a desire to see workplace segregation of men and women, and also expressed either support or sympathy for suicide bombings and the terrorist group Hamas.

The Muslim Brotherhood, which has been a powerful player in Egypt since the 1920’s, should be taken very seriously.  In spite of the idiotic pronouncements by our own government officials, the Brotherhood still maintains its close ties with Hamas and can correctly be described as an inspirational force behind contemporary radical/terrorist strains of Islam.  The Brotherhood was also responsible for issuing a fatwa and carrying out the execution of Anwar Sadat, whom the Brotherhood considered a traitor for negotiating peace with Israel.   In fact, the continuing threats posed by the Brotherhood and its extremist allies are at least partly to blame for Mubarak’s continued use of emergency powers and police state tactics.  It’s reasonable to assume that the Brotherhood will attempt (as it has been doing for 80 years) to strong-arm its way into power, perhaps by concentrating on more provincial, conservative regions of the country.

Like all dictators, Hosni Mubarak has accumulated a personal fortune well into the billions of dollars.  He has enjoyed autocratic rule under a suspended constitution, with little or no accountability, for thirty years.  Although he could simply disappear and spend the rest of his life in some kind of secluded island retreat, such a scenario seems unlikely to me.  He and his family have had too many fingers in too many pies for far too long, to simply walk away from it all.  How this will affect the restructuring of the Egyptian government remains to be seen.

Finally, it is unclear whether our own Smart DiplomacyTM has undertaken the necessary steps to ensure that the government that is in place a year from now remains an ally of the United States and supports our efforts to combat violent Islamist terrorism.

However, on the positive side I will note that it is no longer 1979.  The brutality and underwhelming achievements of the Islamic Revolution in Iran, particularly the costly war with Iraq, will surely impede the plans of some to have another such revolution in Egypt.  Those currently protesting the Mubarak regime are certainly aware, at least to some extent, of the use of force by the Ayatollahs in Iran two years ago, to crush similar protests of Mahmoud Ahmadinejad’s fraudulent election victory.  There is also the fact that older Egyptians undoubtedly recall the pain and humiliation of two consecutive defeats (1967 and 1973) by the Israelis.

To me, much of the Middle East still seems caught up in the idealism and
the promise of heavenly blessings preached by Islamic fundamentalists;
but at the same time, although they continue to celebrate what they
perceive to be small victories in the name of Allah over the US and
Israel, there seems to be a strong overall sense of fatigue, no doubt caused by 50
years of intifada and jihad and nationalist wars, all without a single major or decisive victory.  They continue to support radicals, because each radical promises that his cause will be the final uprising that achieves victory and restores honor.  But with the failure of each radical movement to secure peace and victory, the fatigue grows.

Therefore I am hopeful that the Egyptian people will reject a government that pushes the country toward Islamic radicalism and militant nationalism — a path that surely would lead to more violence and bloodshed in the Middle East. 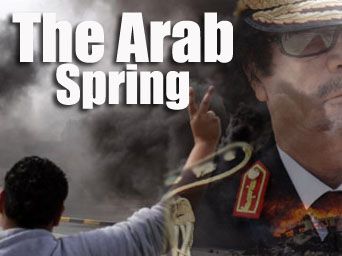