Yahoo gave prominence to some adolescent agitators on its front page this morning.

Click the link, and inside is a 3 paragraph AP story whose headline reads: “Cheney makes surprise appearance at CPAC.”

Mr. Cheney was there to present an award to former Defense Sect”y Donald Rumsfeld.

The last sentence of that AP story mentions some anonymous protesters.

Also at CPAC was uber-liberal, Hollyweird everyman Richard Dreyfuss. Mr. Dreyfuss bemoans the lack of civility in public discourse, and is on a one-man crusade to rectify the situation. To his credit, despite his managing to remain an insufferable phallic symbol, Mr. Dreyfuss apologized for having agreed with MSNBC”s on-air hater Ed Schultz”s “beautifully phrased” death wish  for Dick Cheney.

No word if Mr. Dreyfuss apologized for his 2009 demand that Cheney should be in jail or his 2010 chuckle with CNN”s on-air hater Joy Behar when they compared Cheney to Hitler and Satan.

Or maybe Dreyfuss did apologize, and I couldn”t parse the civility through all his hypocrisy. 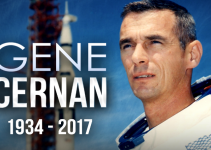