Back in October, it was Germany’s Angela Merkel:

She said the so-called “multikulti” concept – where people would “live side-by-side” happily – did not work, and immigrants needed to do more to integrate – including learning German.

The comments come amid rising anti-immigration feeling in Germany.

The study – by the Friedrich Ebert Foundation think-tank – also showed that roughly the same number thought that some 16 million of Germany’s immigrants or people with foreign origins had come to the country for its social benefits.

Mrs Merkel told a gathering of younger members of her conservative Christian Democratic Union (CDU) party on Saturday that at “the beginning of the 60s our country called the foreign workers to come to Germany and now they live in our country.”

She added: “We kidded ourselves a while, we said: ‘They won’t stay, sometime they will be gone’, but this isn’t reality.”

“And of course, the approach [to build] a multicultural [society] and to live side-by-side and to enjoy each other… has failed, utterly failed.”

And over the weekend, it was Great Britain’s David Cameron:

Prime Minister David Cameron, in a speech attended by world leaders, on Saturday criticized his country’s longstanding policy of multiculturalism, saying it was an outright failure and partly to blame for fostering Islamist extremism.

He said the U.K. needs a stronger national identity to prevent people turning to extremism.

“If we are to defeat this threat, I believe it’s time to turn the page on the failed policies of the past,” he told an international conference in Munich.

“Under the doctrine of state multiculturalism, we have encouraged different cultures to live separate lives, apart from each other and the mainstream,” Cameron said during a panel discussion attended by German Chancellor Angela Merkel. “We have failed to provide a vision of society to which they feel they want to belong.”

He said the “hands-off tolerance” in Britain and other European nations has encouraged Muslims and other immigrant groups “to live separate lives, apart from each other and the mainstream.”

Refreshing stuff.  Somewhere, some country, once adopted the motto E pluribus unum, “out of many, one”.

I suspect there was good reason for doing so. 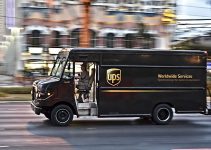