Actually I see mountains of money being raked in by green profiteers as the Obama Administration’s Carnival of Crony Capitalism rolls on:

The Obama administration will spare a stalled power plant project in
California from the newest federal limits on greenhouse gases and
conventional air pollution, U.S. EPA says in a new court filing that
marks a policy shift in the face of industry groups and Republicans
accusing the agency of holding up construction of large industrial
facilities.

According to a declaration by air chief Gina McCarthy, officials
reviewed EPA policies and decided it was appropriate to “grandfather”
projects such as the Avenal Power Center, a proposed 600-megawatt power
plant in the San Joaquin Valley, so they are exempted from rules such
as new air quality standards for smog-forming nitrogen dioxide (NO2).

There’s something interesting about the Avenal Power Center:

You will recall that President Obama recently appointed the CEO of General Electric,
Jeffrey Immelt, to head his new Council on Jobs and Competitiveness.  An examination of GE’s political and lobbying donations reveals that they dumped an unprecedented amount of campaign cash into the 2008 and 2010 elections, giving about twice as much to Democrats as Republicans in 2008, and increased their lobbying expenditures by over 30% between 2008 and 2010.  In 2010 alone, GE spent over $32 million on lobbying.  If you are trying to buy your way into the government, that’s the way to do it.  So much for President Obama’s promises of an administration that would not be swayed by high dollar corporate lobbyists.

This story also fits nicely with Rick’s post earlier this morning, which exposes the ruse that is Obama’s new “Startup America” program.  In the minds of Obama’s egghead roundtable members and business cronies, nothing could be more beneficial for America than yet another attempt to pull the technology industry deeper into the government fold with promises of corporate welfare,
no-bid contracts, and the ability to write their own rules and
regulations … at the cost of millions in protection money – er,
campaign donations – for Democrats of course.  Democrats and crony capitalism win; the free market — and the rest of us — lose.

One more thing.  Have you noticed the obnoxious GE advertising banners celebrating the centennial of Ronald Reagan’s birth?  Nothing wrong with that of course, particularly since President Reagan had a long and distinguished association with General Electric.  In fact it’s fair to say that Reagan’s connections with General Electric and his service on their Board of Directors helped launch his political career as Governor of California.  Yet, it’s worth noting that as President, Reagan never played political favorites with GE the way President Obama is, today.

Still, I wonder if the Reagan-GE-Obama nexis is a source of inspiration for the Obama Administration’s laughable attempt to convince the mainstream media that there is a favorable comparison between Barack Obama and Ronald Reagan. 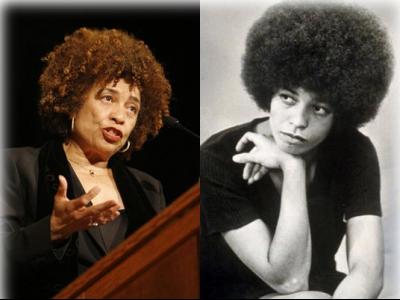