We’ll here’s an interesting story from the AP:

DETROIT — A 63-year-old Southern California man who was traveling with explosives in his vehicle with the intention of blowing up one of the nation’s largest mosques where mourners had gathered for a funeral was arrested in the Detroit suburb of Dearborn, Michigan authorities said Sunday.

Dearborn police said Roger Stockham was arraigned Wednesday on one count of making a false report or threat of terrorism and one count of possessing explosives with an unlawful intent. Stockham had a large but undisclosed quantity of class-C fireworks including M-80s, which are outlawed in Michigan, Chief Ronald Haddad said.

Of course over at HuffPo they’re already convinced this guy must be a right-wing, Tea Party activist, because (I guess) he looks like one… The only problem is that, much like Tuscon, the facts aren’t jibing to the narrative they’re trying to spin. Here’s just a little of what’s known:

Threatened to kill George W. Bush
Posted on the Bradley Manning Support Network
Converted to Islam in the 70’s or 80’s

Not exactly a Tea Party profile…

What we have here, just like in Tuscon, is a lone madman. This guy even has a history, so it’s not like no one knew he was capable of some stunt like this.

Anything You Can Do, He Can Do Better
Weekend Caption Contest™ Winners 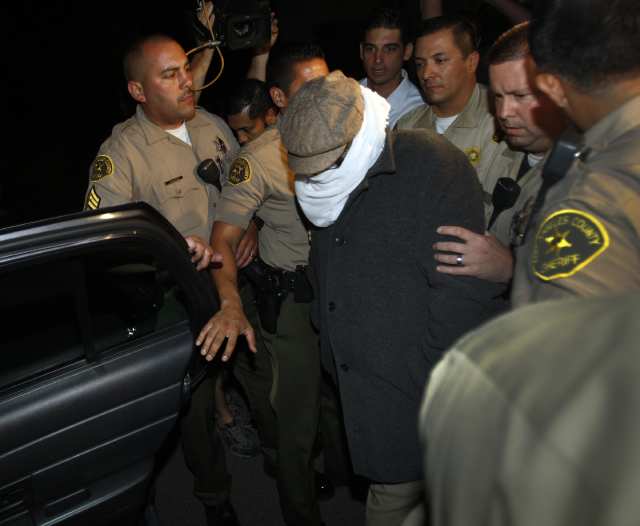