I never voted for Ronald Reagan. I blame my parents. He was re-elected two weeks after my 17th birthday. But had I the chance, I would have. Both times.

Which makes me just old enough to recognize the absolute crock of BS the media is spinning in regards to President Reagan.

I remember quite clearly how the mainstream media and the liberals (but I largely repeat myself) treated President Reagan. And it was nowhere near the love-fest that they want to portray it as.

Reagan was stupid. He was an “amiable dunce.” He was a has-been former B actor who somehow thought he had fallen into the role of a lifetime, and was only playing at being president. He had no real intellectual curiosity or heft.

Reagan was heartless. He denounced welfare fraud and the welfare state. He had no compassion for the poor, and was mainly interested in palling around and helping out his millionaire buddies. And Nancy was incredibly profligate with the public’s money when redecorating the White House.

Reagan was a warmonger. “Ronnie Raygun” was spoiling for a fight with the Soviets, and just looking for an excuse to push the button. He sent the defense budget skyrocketing, wasting billions and billions of dollars on new high-tech toys that were doomed to failure (SDI/”Star Wars” missile defense was the biggest example; stealth technology a less visible one).

Reagan was a liar. He told anecdotes that were completely made-up, and convinced himself they were true. (His background as an actor helped him blur the line between fantasy and reality in his mind.) He had to have known about the scandals in his administration, especially the “arms for hostages” plot (selling arms to Iran to raise money for the Contras in Nicaragua after Congress blocked aid for them), and his denials were empty and transparently false.

Reagan was a hypocrite. He paid lip service to faith and family values, but never went to church, never even tried to do anything about abortion, and was estranged from his own children.

Well, Ed Driscoll did. And he found a few others who did, too. It’s been a long time since I read such things, but damn, it all comes back so quickly.

And it brings up a lot of quick reactions.

First up, to Time Magazine: Barack Obama is no Ronald Reagan. Obama sells himself as the intelligent, educated elite. Reagan was a champion of the common people. Obama touts his sterling academic credentials (without actually releasing his grades). Reagan didn’t talk much about his intellectual prowess. Obama spent his entire pre-presidential career without ever actually taking on any kind of leadership or management or oversight position. Reagan had been a union president and a governor.

Obama’s most defining role was “community organizer” — rallying the dissatisfied to demand their “due” from the powers that be. Reagan’s was a lifeguard — where he learned that when he saw someone in trouble, he had to act, immediately, and on his own, not try to rally support and wait for “the system” to intervene.

Oh, Reagan would probably pose for a photo with Obama, smile for the cameras, maybe even put his arm around his successor’s shoulder. (Note to Time: Reagan and Obama were both 6’1″ tall, so they would actually see “eye to eye” in a literal sense, but that’s about it.) But that was not a reflection of Reagan’s ideology, but of his geniality and civility and decorum.

Second, let’s look at the image the media and the left (again, I repeat myself) tried to project on Reagan while he was in office. Stupid, heartless, stupid, lying, stupid, hypocritical, stupid, out of touch, stupid, right-wing extremist, stupid, dangerous, stupid, out of his depth, stupid, and leading the nation and the world into ruin. Oh, and stupid. Really really stupid.

Gee, does that sound like how they’re portraying Obama? I dunno, but that sounds a lot more like how they’ve tried to portray a few other people over the past decade or so. George W. Bush and Sarah Palin come to mind. Barack Obama? He doesn’t even make the top million or so.

Third, a message to the Left: you don’t get Reagan. As always, you’ve discovered that the best conservatives are the dead ones, as you can put words in their mouths and thoughts in their heads without fear that they will object to your revisionism. But even the most casual survey of Reagan’s words and deeds would put the lie to the theory that he would have the least bit of support for any part of Obama’s domestic agenda.

Finally, one more message to the left: you don’t get Reagan. You don’t get to embrace him as one of your own, or — more accurately — set yourself up as the executors of his estate and get to decide who is the heir to his legacy. You spent his entire administration denigrating and belittling and out-and-out lying about who he was and what he stood for. Now you want to go back and whitewash all that, for crass political gain. You want to rob his grave, steal his corpse, and prop it up like a grotesque ventriloquist’s dummy to have him speak your thoughts.

No. You will not attempt this obscenity unchallenged. You will be hanged by your own words. 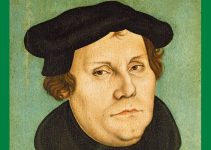