The ledger did not appear to be adding up Tuesday night when President Barack Obama urged more spending on one hand and a spending freeze on the other.

Obama spoke ambitiously of putting money into roads, research, education, efficient cars, high-speed rail and other initiatives in his State of the Union speech. He pointed to the transportation and construction projects of the last two years and proposed “we redouble these efforts.” He coupled this with a call to “freeze annual domestic spending for the next five years.”

But Obama offered far more examples of where he would spend than where he would cut, and some of the areas he identified for savings are not certain to yield much if anything.

For example, he said he wants to eliminate “billions in taxpayer dollars we currently give to oil companies.” Yet he made a similar proposal last year that went nowhere. He sought $36.5 billion in tax increases on oil and gas companies over the next decade, but Congress largely ignored the request, even though Democrats were then in charge of both houses of Congress.

Woodward goes on to chronicle the lies, the spin, the twists and turns we’ve come to expect from Barack Hussein Obama.  It’s a good read though I suspect this morning that Woodward is busy dusting off the résumé.  The Chicago thug-in-chief will not take kindly to anyone in the mainstream press going against the meme.

A few reactions from around the ‘sphere to the SOTU speech.

“He said ‘we do big things.’ And all he recommended, all in the laundry list, the first half of the speech was all the things that government was going to do was small ball. It was like late Clintonian minimalism about high-speed rail, more spending on roads and solar shingles. I mean look, that’s not the Apollo program.”

For a man with such big ears, Barack Obama sure cannot hear.

From his state of the union, President Obama: “We will move forward together, or not at all.”

For 2 years, it was my-way-or-highway from Obama.

Now he says “We will move forward together, or not at all”?

He overspent the budget by $3.4 trillion in his first two years as president.

I confess to missing it.  Purposely.  I don’t believe a word that escapes the lips of this snake oil salesman and can’t understand or fathom anyone who does.   I did skim the text of his speech that was actually released before he gave it and was a little stunned to see the Sputnik reference.  Here you have a man that is essentially gutting the one government agency that has actually united the American people, that has actually done more to advance American exceptionalism than any other, turning it into not much more than an agency that propagandizes our children and the President of the United States talks about this being our Sputnik moment.  Unbelievable.  But not really.

We’ve elected a radical who’s purposed in foisting radical transformation on America.  Americans will have to double down on efforts to ensure that his radicalism fails. 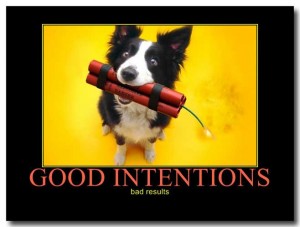