Rachel Maddow, the Oxford-educated intellectual doyenne of MSNBC, actually said this during a recent episode of HBO’s “Real Time”:

STEVE MOORE, WALL STREET JOURNAL: The other tragedy, David, of what’s
happened in the last 20 years is the reason Reykjavik fell apart was
because Reagan didn’t want to give up SDI or Star Wars. And here we are,
you know, what 20 years later and we still don’t have a missile defense
system in this country.

MOORE: I don’t want to get blown up.

MADDOW: You know what? Here’s the country, here’s
the kind of thing you put over like a cake to protect the cake from
flies. Missiles don’t work that way. That’s the whole idea of SDI. We’ll
protect ourselves by shooting missiles at other missiles. It’s never
worked in a test. We spent billions on it.

MADDOW: And anybody who understands this knows it can never work.

MOORE: If you don’t think it works, then why did the Russians not want us to do it?

MADDOW: The Russians were very happy to sign this thing.

MADDOW: You know what? If you think you can shoot the bullet with the
other bullet, you can have an awesome life in Annie Oakley’s side show,
but you should not be in charge of billions of dollars of the defense
budget. It’s such a hysterical fantasy. I love it.

Noel Sheppard at Newsbusters.org has a nice takedown, with video.  Sheppard wryly notes that Maddow must have somehow missed the entire Gulf war, when US Patriot missiles were used to defend Israel against SCUD missiles launched by Saddam Hussein.  Patriot missiles were also used (with much improved performance) as part of the anti-aircraft and anti-missile defense system during Operation Iraqi Freedom.

One can certainly argue the merits of a full-scale ballistic missile defense system, but stating that missile to missile interception has “never worked” is flat-out wrong.

Is the time for talking over?
Your daily dose of crony capitalism
Tags:HBO, Missile, MSNBC, Rachel Maddow, Star Wars 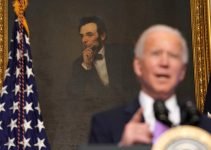