The story of Philadelphia’s Dr. Kermit Gosnel, the abortion butcher, has got a lot of people upset. Even me, as a “squishily pro-choice” guy who really doesn’t get excited about the whole issue. But what has me worked up is the way the pro-choice side is getting astonishingly defensive about the whole thing.

First up, the pro-choice crowd is attempting to distance itself and its cause from this doctor, by proclaiming that it was more about poverty than Roe v. Wade or this is not a case about abortion.

The women who sought out Dr. Gosnell for one reason, and one reason only: they wanted their fetus destroyed. That is the very definition of abortion. That his techniques didn’t meet the pro-life’s recently discovered list of acceptable procedures were utterly irrlevant to him or the women; they were only concerned with the end results.

But the real point here is this: Dr. Gosnell’s charnel house was not some aberration. No, it was the entirely-predictable and nigh-inevitable consequence of the tactics and rhetoric and philosophy as they have played it for decades.

Ever since Roe v. Wade became the law of the land, every single time a measure was proposed that would limit or curtail or restrict or regulate put any kind of conditions on abortion, the pro-choice side said the same thing: this was an assault (often “stealth” or “open,” depending on the mood of the side at the point) on Roe v. Wade, an attack on the rights of women, and would lead inevitably to back-alley abortions and the relegation of women to the status of chattel.

Every restriction. Every regulation. Every limitation. All of them fought fiercely by the pro-choice side, because nothing could ever interfere with a woman’s right to choose.

Such as, say, regular inspections of abortion clinics to make sure they met the standards of any other medical practice that performed invasive surgical procedures.

When Pennsylvania had a pro-life governor, those clinics were inspected the same way any other medical facility was. Only when a pro-choice governor came in did they cease, in the name of not “suppressing” or limiting or restricting women’s access to abortion.

The pro-choice made a conscious decision in Pennsylvania: they could have maintained the inspections of the clinics, putting the safety of the patients ahead of the principle of “maximizing access to abortions.” They could have kept the previous policy of “maximizing access to safe abortions,” but they decided “safe” (in the context of the health of the woman involved) was too high a standard.

So the women went to Dr. Gosnell for abortions, which were readily accessible. And many of them suffered for it, and some even died.

So what if they were wounded, maimed, or even killed? At least they had their abortions.

But it really isn’t that big a deal, really. Gosnell’s victims weren’t that important. They were poor, they were black or Hispanic or both. They really aren’t important. By getting rid of their unwanted fetus (and, occasionally, them as well), we was doing society a favor. He was taking out the trash.

When you demand that there be no restrictions on abortion whatsoever, when you insist that any attempt to regulate or control or impose any kind of standards are completely unacceptable, and fight attempts to enforce those few that do manage to get into the law, then you have no business being surprised when some alleged doctor performs such butchery as Dr. Gosnell did.

The most horrifying thing about the Gosnell case is not that it happened. Nor that it went on so long without being uncovered.

No, the most horrifying thing is that the circumstances that allowed it to develop and continue for so long exist all across the country. In every major city, the very same climate exists: poor people wanting abortions, and public officials utterly uninterested in challenging the pro-choice side’s demands for no restrictions, no limitations, no regulations whatsoever on those who provide those abortions.

Like it or not, the pro-choice lobby owns Dr. Gosnell and his charnel house. They encouraged him, they sheltered him, they funded him, they enabled him. He couldn’t have done all he did, for as long as he did, without their support.

And instead of trying to distance themselves from their creation, perhaps they should start looking among their other “heroes” for more such butchers. 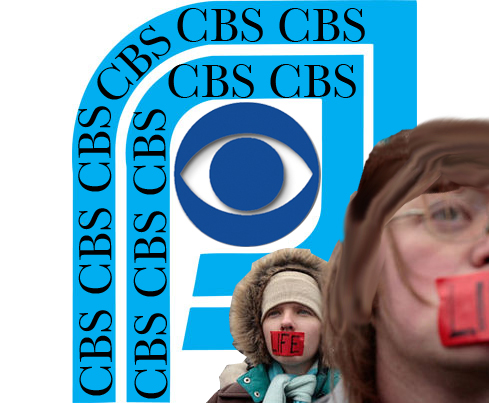