Home
Categories
A Man Of His Word

President Obama has developed a reputation — well-earned — for breaking his promises. It’s even become a cliche’ to talk about how all of his promises come with expiration dates. The question, it seems, is not whether he’ll break a promise, but when.

But there are exceptions. There are cases where he keeps his promises. Here’s an example:

Simply put, as part of Obama’s energy plan, he intends to destroy the coal industry. And he’s not that big a fan of oil, either, especially that drilled for off the Unites States shores.

That’s why he has decided to shut down a major coal mine in West Virginia after operating safely and legally for four years.

The mine in question uses the “mountaintop removal” technique — it just blows off the top of the mountain and then scoops out the no-longer-buried coal. It’s quite messy and not kind to the environment, and leaves the mountain… well, decidely un-mountainly.

But it is considerably safer for the miners. Scooping coal out of a pit is safer than digging tunnels hundreds or thousands of feet underground by several orders of magnitude.

Of course, that is only relevant if your priority is the safety of miners, and by extension the security of the coal industry. The coal industry employs a lot of people, and produces a huge amount of relatively cheap and fairly efficient fuel for energy.

If, on the other hand, you’re more concerned with “the environment” than people in general and Americans in particular, then you do things like start whittling down the coal industry, bit by bit, piece by piece. You take a single disaster in the Gulf of Mexico to shut down all new offshore drilling, and start putting limits on existing wells that have never had a problem. You continue to subsidize and mandate ethanol for gasoline even while food prices skyrocket, resulting in half the nation’s corn crop literally going up in smoke while gas prices also rise.

Official government inflation statistics don’t include food and gasoline, but those are the easiest for average people to notice. Simply keep your eyes open as you drive past gas stations and go through grocery stores. It’s getting ugly out there.

President Obama could stand to learn a lesson from the United States Navy. Up through the 1960s, warships had a clearly-defined naming system. For example, battleships were named after states, cruisers after cities, and submarines after fish. But in the 1970s, the Navy came to the realization that we hadn’t built any new battleships in about 30 years, and cruisers — which had taken over the state names — were diminishing as well. So they decided to change things. Ballistic-missile submarines were given state names, and attack submarines were named after cities. Admiral Hyman Rickover allegedly explained the change in typically blunt language: “Fish don’t vote.”

More specifically, you were elected to the presidency by Americans, not fish. And it’s Americans who can turn you out of office in 2012 if you keep putting their well-being and independence and self-sufficiency below your concerns about “the environment” and “green energy” and other liberal pipe dreams.

If I were to map out a way to take our shaky economy even further down the drain and make life even harder for the average struggling American, I’d look for areas that are fundamental to Americans’ lives, but not tracked by official government inflation statistics. And I’d look for areas in the economy that provide good-paying jobs to relatively unskilled and uneducated workers, jobs that require physical skills and stamina and involve degrees of physical risk.

In other words, I’d do what I could to drive up the costs of food, gasoline, and energy. And I’d crack down on the oil and coal industries, using some unrelated concerns, hoping no one makes the connection between the two.

In even fewer words, if I wanted to wreck the economy as badly as I could while maintaining some plausible deniability, and make more and more Americans dependent on the largesse of the government instead of being self-sufficient, I think I’d do exactly what President Obama is doing right now.

Is George Washington offensive?
Yet another reason to appreciate Martin Luther King 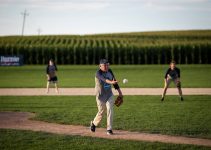