The horrific attack on Rep. Giffords yesterday in Tucson has sparked a debate about, well, debate. Even as the media has acknowledged that the alleged gunman in custody had no ties to any political party or movement, many well-known anchors have tried to blame selected groups for the attack; in the absence of evidence, they fall back on innuendo and gossip, blaming their enemies for the “climate” they claim at least ‘influenced’ the crime. In such false and hateful accusations, these self-impressed narcissists not only fail to stop and consider their own behavior, as they demand of others, they try to turn the crime to their own advantage.

Let’s just stop right there, and focus on what we know at this time:

1. None of the victims of yesterday’s shootings deserved any of the violence, regardless of their political or personal opinions;
2. The suspect in custody had a history of aberrant behavior and violent, antisocial beliefs. In succession, he was rejected by the Army and suspended from his university for what seemed, even years go, to be advocacy of violence and a rejection of civil discourse to discuss and address political issues;
3. No mainstream or significant television or radio talk show ever advocated violence, especially against elected officials. The hyperbole being thrown out now is essentially dishonest and inflammatory, ironically in character and justification no different from even the strongest political campaign ads run in the past several election cycles;
4. Rep. Giffords is no extremist, no enemy of common sense. The meeting she held yesterday was no part of an election campaign, but a commitment to meet her constituents and learn their opinions. As a Democrat, Giffords supported her party and the President but she was notably open to Republican opinions and alternatives as well. There is no sense to committing violence against an elected official, but even from the paranoid perspective attacking Giffords makes no sense.

This was a senseless act of violence, and should no more be assigned to an official or significant political opinion than a mugging or drive-by shooting. As we remember the families of the victims, and consider how we move forward from this, we would all do well to put aside blame and attacks of opponents, and to count the perpetrators of such crimes as they are – failed and worthless creatures, who tried to drag others down to their level in a futile act of hatred and violence. Such monsters need to be put away, and at need put down, but they should be forgotten, not used to advance personal or political vendetta or machinations.

At times like this, we need to be people, not politicians, and to focus on healing, not the hatred.

Christina Taylor Green: The face of innocence
"Can someone tell me why Sarah Palin is not in Jail?" 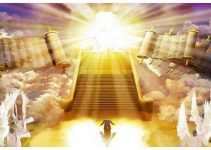