Home
Evil
"Can someone tell me why Sarah Palin is not in Jail?"

I want to piggyback onto Locutisprime’s post where he had this (and much more) to say about yesterday’s tragic events:

The smoke had barely cleared and the dust barely settled before the liberal banshees were attributing yesterday’s shooting in Arizona to their political enemies.

And by this morning and by Monday at the latest, there is absolutely no telling the level of vitriol that this incident will have brought forth from the radical wing of the Democrat party and their friends in main stream media.

As some know, I participate in an online discussion forum with pastors, priests and preachers, a participation begun when I went through an ordination process more than a decade ago.  Not soon after the Giffords’ shooting, I wondered what some on that forum might have to say knowing that so many of them are bonafide card carrying members of the Religious Left.

Predictably, one of them weighed in with some of that vitriol to which Locutisprime has referenced:

Can someone tell me why Sarah Palin is not in Jail? She holds some responsibility for this action. Since when is a public figure,( or anyone for that matter), allowed to print a hit list of people she is targeting, using a symbol that is the crossfires of a gun scope, and using words such as “re-load” and not be held accountable?? As much as I cannot stand her, especially that she would behave in this way and call herself a Christian, she must realize that she does have power over a lot of people who hang on every word she says.The troubled of the world will do exactly as she or others say. I believe she should be held at least in part accountable for the actions of today. She and others with their hate speech. Words and symbols have consequences.

I wonder if this Religious Leftist would hold Barack Hussein Obama to the same standards.  We might recall he had this to say during the Presidential campaign:

“If they bring a knife to the fight, we bring a gun,”

Or these words said more recently:

“They are fired up. They are mobilized. They see an opportunity to take back the House, maybe take back the Senate,” he said. “If they’re successful in doing that, they’ve already said they’re going to go back to the same policies that were in place during the Bush administration. That means that we are going to have just hand-to-hand combat up here on Capitol Hill.”

Should Obama be in jail?  Should he be held accountable?  Should his Christianity be questioned because of  his rhetoric?  Should he be aware of the power he holds over people who hang on his every word?

These are the kinds of questions that have to be thrown back in the face of the loons that make up the modern progressive movement.  Their hypocrisy needs to be hung around their necks like the proverbial albatross.

In the mean-time, the rest of us will deal with the facts surrounding this case, facts that are still being revealed, facts that I predict will tell the story of a deeply disturbed individual motivated less by politics and more by inner demons.

And given that demons are the purview of those who deal with the spiritual, it makes the rantings of the Religious Left all the more telling. 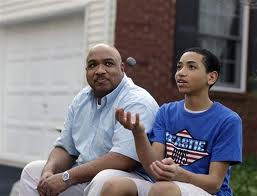