Home
Islam
"You want someone to hate"

“The best we can do is to pray for you.”

That from an exchange with a leftist deacon in the Catholic church, aimed at yours truly, for my opining that the Islamist attacks being perpetrated against Christians in foreign countries will one day soon be seen here in the U.S.

You can see the dialog here.

What’s interesting is how quickly this man (and another leftist “desperate preacher” who joins him) see Jihadists to be on a par with those who commit rare and isolated attacks perpetrated against abortion clinics and churches.  They actually see these loners and these mentally deranged perpetrators in the same manner they see the millions who take the Koran and its precepts seriously enough to murder and cause mayhem.

This sort of juxtaposition can only make sense in the mind of the progressive.  And that mindset is more prevalent than you might think.  Bill Warner at American Thinker has more:

You can sort the written and spoken words about Islam into two categories — negative and apologist.  Closer observation shows that the negative camp and the apologist camp use different logic, as well as come to different conclusions.

An easy way to see this is to go to a reporting source on the web, such as a newspaper, that has an article about Islam.  Read the comments.  The negative comments tend to be more based on ideas taken from the Islamic source material from the Koran and Mohammed.  Or they quote a jihadi, a poll, or a historical fact.

The apologist comments tend to quote a Muslim friend or establishment expert and attack those who criticize Islam.  Critics are called bigots, neo-Nazis, Islamophobes, or some other cruel name.  In essence, having negative comments or judgments about Islam is labeled evil.  The term “hate speech” is even bandied about.  The critic of Islam is a failed sinner who is shamed and morally condemned.  It is all very personal and very much about feelings.

Warner’s entire piece has helped me make sense of this recent exchange with clueless Religious Leftists and helped me to understand that they’ve become in essence defacto aopologists for a system of belief purposed in vanquishing Western power.

All the more reason to passionately engage their twisted perspective.

'Communists found progressive pastors to be "the biggest suckers of them all."'
Best Christmas present ever ... 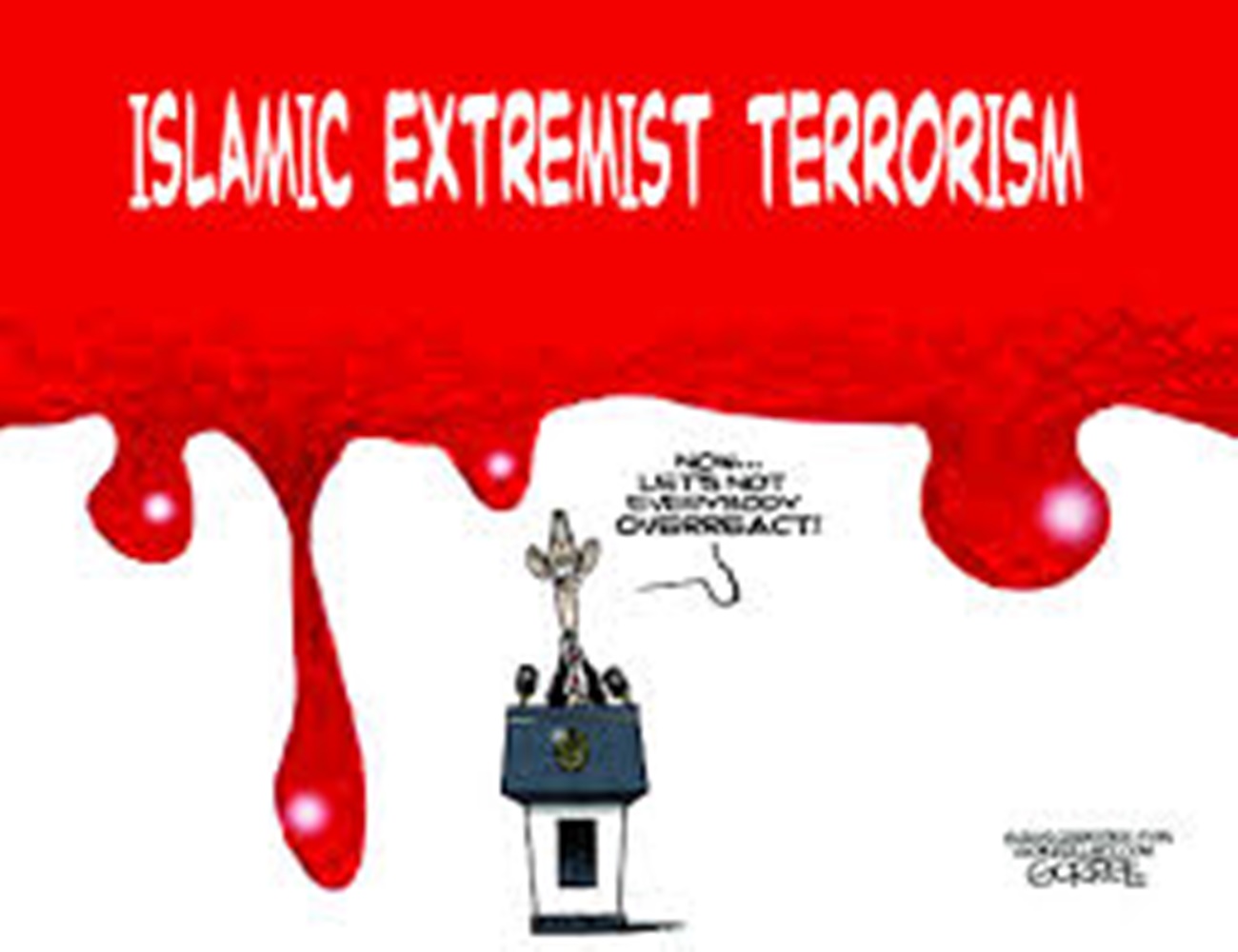